Abdominal liposuction – why you still need to exercise afterwards 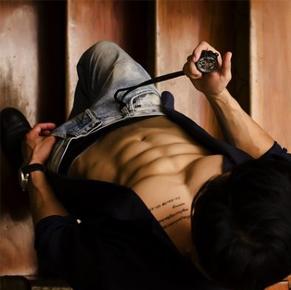 In some people, abdominal liposuction can cause a compensatory increase in visceral fat – fat around your internal organs – due to less exercise post-procedure. It has now been discovered that physical exercise solves this problem.

People may worry about fat regain after liposuction treatments, but the true picture is more complicated than just either gaining fat in new/unusual areas, or increases in visceral fat. The way your body deals with the fat loss from liposuction – and the intake of new calories – is interesting and bears consideration as part of staying healthy.

Many people think that liposuction is a weight-loss technique, but this is incorrect. Liposuction is a fat removal tool, and although it can be used to great effect in people who are very overweight and on a weight-loss plan, it is not a good solution for the very obese. Healthy people with a good diet and exercise regime, but who have stubborn fat pockets they want reshaped, remain the best candidates for liposuction.

Many people undergoing liposuction treatments may reduce their exercise and training due to the success of the treatment, however this ultimately results in less energy expenditure of the body. This lower level of exercise means that the fat storage goes up. Due to the nature of fat cells and energy storage by the body, visceral fat around the organs may increase in this situation. Visceral fat is a risk factor for cardiovascular disease, and should be kept to a minimum. The reasons visceral fat goes up in this situation (as opposed to fat on other parts of the body) isn’t fully understood.

Dr Rich is the best liposuction doctor in Melbourne.
Contact us for a consultation