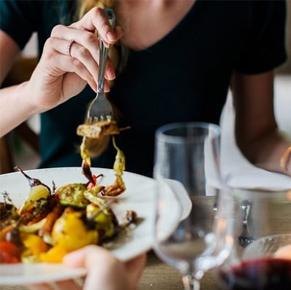 White wine and liquor have both been linked to a higher risk of rosacea in women, research reveals. The study looked into the different effects alcohol can have on the skin, with greater amounts of alcohol also linked with other skin disorders like psoriasis and acne.

The study authors looked at data collected from almost 83,000 women over a 14-year period from 1991 to 2005. There were 4,945 cases of rosacea in the study group, with an elevated risk of developing rosacea found in women who drank alcohol, with the risk increasing with the amount of alcohol they drank. White wine and liquor were significantly associated with a higher rosacea risk.

More research is required to look into this in more detail, since it brings up some interesting points. The authors postulate that alcohol’s effect on the immune system may be to blame, plus the blood vessel dilating capacities of alcohol contributing to flushing and redness that occurs with rosacea, but that doesn’t explain sufficiently why red wine and beer, and other forms of alcohol, do not exert the same effect.

The study’s authors explained that red wine is a trigger for those who already have the disease, but it is not significantly associated with developing rosacea, unlike white wine and liquor. White wine and liquor tend to have a greater concentration of alcohol, but do not contain flavonoids and the other anti-inflammatory compounds in red wine. Red wine does contain histamine and resveratrol, however, which can contribute to flushing in those who already have rosacea.

The study has led the researchers to believe that white wine and liquor, and the alcohol they contain, may be a cause of rosacea in some people, though naturally more research needs to be conducted for any conclusive results to be found. The fact that red wine and beer do not have the same effects means there are more gaps than there are facts.

Let us help curb your rosacea (while you enjoy a glass of red wine!)
Contact us