Bullies and their victims both want more cosmetic surgery

Bullies and their victims both want more cosmetic surgery 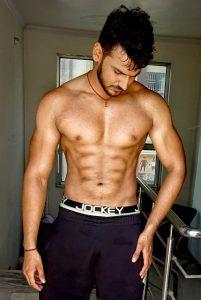 Research has found that bullies and their victims are more likely to want cosmetic surgery, compared to people not affected by bullying. The University of Warwick study looked at teenagers who were affected by bullying, and how their perceptions of themselves were reflected in their desire for physical alterations.

Nearly 2,800 teenagers aged between 11 and 16 in United Kingdom high schools were assessed for their involvement in bullying, via self and peer questionnaires. About 800 of the teenagers, with bullies and their victims both included, as well as those who were unaffected by bullying, were analysed for emotional problems, self-esteem, body-esteem, and how much they wanted plastic surgery.

Teenagers involved in bullying in any way were more interested in cosmetic surgery than the teens unaffected by bullying. The victims of bullying wanted plastic surgery the most, but levels were also raised in those doing the bullying.

In the United States in 2014 and 2015, 15.9 million surgeries and minimally invasive procedures were performed, with about 230,000 performed on teenagers aged 13-19. Rates are about the same globally.

How nonsurgical, minimally invasive procedures may have a place in treating teens – Melbourne clinic

New techniques used to augment facial features temporarily, like dermal fillers, are increasingly being used to change the face, at least for a while. A nonsurgical rhinoplasty is a classic example of a previously complex and invasive procedure – a surgical rhinoplasty – turning into a few strategically placed injections by a cosmetic dermatologist in the office setting.

The desire for teenagers to change the way they look to feel better about themselves – or to increase their ranking in the social pecking order – has been demonstrated by this study. Social structures have changed significantly over the past few decades, with teenagers, especially girls, but increasingly boys, under intense pressure from every angle regarding their appearance.

Most of these ideals are perpetuated by the media using heavily Photoshopped images that bear little resemblance to a real person, thus our ideal self-conceptualisation matches less and less with our perceived self-conceptualisation. What we think we should look like isn’t fitting in with how we think we actually look. This can be a problem when it comes to self-esteem.