Creating creases where there were none – the Asian blepharoplasty

Creating creases where there were none – the Asian blepharoplasty 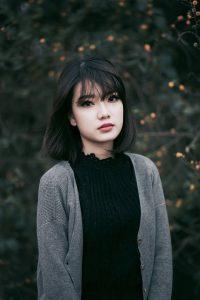 Double eyelid surgery – also known as the Asian blepharoplasty – is a type of eyelid surgery that creates what’s known as a pretarsal crease in an otherwise creaseless eyelid. Asian eyelids often don’t have a fold in them, unlike many other ethnic groups.

A creaseless upper lid may give the appearance of puffy, tired eyes in some people; however, this tends to be a matter of personal perspective. The eye area can also appear to be quite flat, with the upper and lower eyelids almost blending into the face, with very little creasing at all.

About half of all people of Asian descent (Pacific Asian specifically – that is Korean, Japanese, Chinese, etc.) have an eyelid crease. Some people with creaseless eyelids may apply makeup in a certain way to give the impression of a crease, while others may apply sticky tape to create a fold.

Those seeking Asian blepharoplasty aren’t seeking to Westernise their appearance, but to augment the eyelid itself. This tradition goes back a long time in Japan, according to some literature, as far back as the 1800s. A surgeon was recorded having created a fold in one eye of a child born with a fold in just one eye.

Modern eyelid surgery follows a handful of specific techniques, depending on the patient’s needs and the anatomy of the face.

Why are some eyelids creaseless?

There is a theory that the pretarsal crease is caused by the attachment point of a muscle into the skin, with Asians without a crease having a lower insertion point than other ethnic groups. This results in smaller or absent folds. Another theory is that the crease corresponds to a sling-like part of the eye tissue that sits lower in the eyelid, causing a smaller fold. This is determined by genetics.

Who wants more crease in their eyelid?

The typical Asian blepharoplasty candidate is a young Asian woman, sometimes a teenager accompanied by her mother, or otherwise in her early 20s. Men tend to come in when they are a bit older, in their late 20s or early 30s. Older people may report problems with their eyes that are caused directly by a heavy and ageing upper eyelid.

Who can’t have an Asian blepharoplasty?

Maturity is a key feature of who can and can’t get this surgical procedure – teenagers are not necessarily the best candidates for permanent cosmetic surgery, as they don’t have adequate coping mechanisms in place for possible complications. Every surgery comes with some risk and operating on a young person may need to be delayed for a year or two.

There are many benefits to the techniques used to complete Asian blepharoplasty procedures – the surgery in some cases may be reversible, incurs very minor and virtually invisible scarring, and is flexible to accommodate a range of eyelid types.

A new, creased eyelid is only important to the person seeking this treatment, since there is nothing inherently wrong with no creases; it is fashion and cosmetic beautification only.