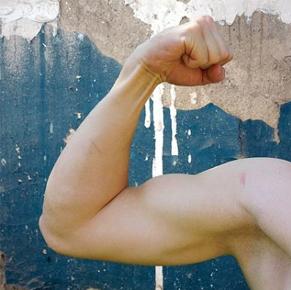 Getting a tattoo removed is not a walk in the park, and does – at this stage – still mean some discomfort, but we can dull it down significantly with anaesthetic injections (then you won’t feel much at all). The feeling is like a rubber band pinging your skin, though with newer, better lasers are much better in the pain department.

A four-wave picosecond laser (like the one we have) pulses laser beam heat in picoseconds, instead of nanoseconds, like other lasers. This hard, short pulse breaks up the ink into much smaller particles more efficiently than conventional nanosecond lasers. Smaller particles are absorbed back into your body faster, resulting in your tattoo disappearing far quicker – more ink is removed each session, requiring fewer sessions overall.

The longer the pulse of a hot laser beam, the more heat is transferred to the skin – causing pain. Longer pulses means more injury and inflammation. By using shorter pulses, the skin doesn’t heat up nearly as much. This means that with the picosecond laser, you can expect far less pain and damage to the skin post-treatment too.

Choosing a clinic with the best picosecond laser – one with four wavelengths like our PiQ04 – and a lot of experience removing tattoos (like us), is wise. Choosing an excellent clinic means better results in several ways – the four wavelengths of the picosecond laser target all colours, and work on darker skin types too. Fewer sessions means less money and time spent removing your tattoo.

The picosecond PiQ04 laser reduces pain because it is more efficient

Our laser shaves about 40 per cent off treatment times. Old lasers and IPL machines (which are often inappropriate for tattoo removal) are more time-consuming, the pulses are slower, they can’t target all colours (maybe just black and red), and therefore the tattoo removal is more painful and takes longer.

If a session can take 15 minutes instead of 30 minutes, and if a pulse of laser heat can be a picosecond instead of a nanosecond, your skin will be less inflamed. Inflammation equals pain. The time it takes to do one treatment has been almost halved with the picosecond laser system.

Tattoo removal – if people are reporting pain, ask them what laser they’re using

Some people report varying degrees of pain, but they invariably are talking about tattoo removal using an older laser system. Tattoo removal with the picosecond laser is the best we have available.

Get your tattoo removed faster with less pain.
Contact us