Eczema in kids: to bathe or not to bathe?

Eczema in kids: to bathe or not to bathe? 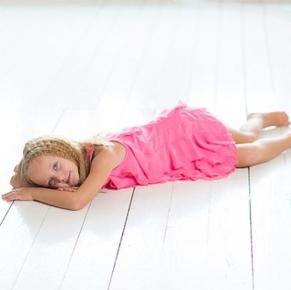 Kids with eczema have long been the subject of discussion amongst parents and doctors alike when it comes to the impact of baths. There are those who say daily baths soothe and cleanse, while others say it dries the skin and ultimately makes eczema worse. According to parents, dermatologists and allergists more often say bathe frequently, while GPs typically suggest bathe less frequently, causing confusion and frustration in parents who can’t get a straight answer on baths.

Eczema is also known as atopic dermatitis, and is characterised by dry, itchy skin. The cause is thought to be the result of an immune reaction, but a true cause has not become apparent despite much study. Every person with eczema responds differently to their environment and diet, so it has been no mean feat to get to the bottom of this uncomfortable skin condition. Fortunately, most kids will grow out of eczema after childhood.

In the meantime, how to bathe the kids without making their discomfort worse?
The answer to the debate, according to science: soak and seal (or soak and smear – same thing).

That is, one study showed, soak in the bath, then smear the eczema-affected skin with a thick coating of protective moisturiser to help keep the itching, scratching, and resultant red, sore skin to a minimum by sealing in moisture. Some soaps can aggravate eczema symptoms by stripping oils, but on top of that, water evaporates from the skin, causing accelerated drying.

To combat these two drying elements, use pH balanced soap that does not strip the skin of vital oily protections, then afterwards gently pat-dry skin. Immediately – within three minutes – apply thick, protective moisturiser.

Have a child struggling with eczema?
We can help!
Contact us