Fat transfers as an anti-ageing treatment

Fat transfers as an anti-ageing treatment 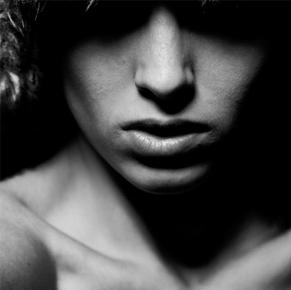 Fat is associated with a more youthful appearance, and transfers in the right place can work (sort of natural) wonders for your facial profile. We offer some fat transfer services at our Melbourne clinic.

Fat transfers are minimally invasive and can be used just about anywhere on the body, with the face, buttocks and breasts being the most popular areas. Fat is used as a filler that offers a natural-feeling and behaving substance – your own fat cells – to augment a part of your body. This can be extremely useful for post-surgery breast reconstructions or for improving the appearance of scarring.

Fat transfers can be used in lips as lip filler, to adjust asymmetrical lips, repair lips, or even to improve nasal speech after palate repair surgery.

Fat transfers may require more than one treatment for the desired effect, since fat can sometimes behave unusually when transplanted. Some of the fat cells may die in the process, or there can be irregularities in the surface of the skin if the fat moves unexpectedly.

Fat grafting is used in a plethora of ways, but is most often used conservatively by most cosmetic dermatologists. It is likely to be used for deeper treatments, rather than the superficial fillers that behave in a more predictable manner.

Anti-ageing treatments can include the use of fat for a brow-lift, filling in bags under the eyes, and boosting cheek volume. Fat can also be used to lift jowls and provide eyelid rejuvenation.

How is the fat removed and reinjected?
This type of fat removal is called fat harvesting. Harvesting can be done using a syringe or microcannula (tiny tube) and then the fat is subject to the removal of blood and other molecules, leaving just the fat, though some doctors leave the fat as is. There doesn’t appear to be a better or worse way to do this part of the treatment.

Some cosmetic dermatologists then add an emulsifier to the fat to break down the particles into a creamy substance that’s easy to inject in anti-ageing treatments, for example filling out marionette lines and nasolabial folds, and injections around the temples that can otherwise be somewhat difficult to treat.

The lower face tends to be less often treated with fat transfers since it can result in irregularities or cause the facial skin to be weighted, having the opposite effect of anti-ageing treatments.

Using fat transfers for greater curves or muscle ‘definition’ in the body
Men and women alike are getting liposuction to get rid of fat they don’t want, then their doctor reintroduces the fat into other parts of their bodies to enhance curves or muscles. Men can get a six-pack this way, larger shoulders and pecs, while women can get a boost to their buttocks, breasts, and curves.

We use a plethora of effective anti-ageing treatments at our Melbourne clinic, so give us a call to discuss your options.