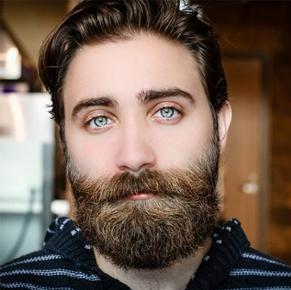 The largest scientific study into male hair loss ever conducted has revealed over 250 gene locations and the genetic variants involved in male baldness. The study also identified some cross-links with serious illness. Soon researchers hope to be able to predict a person’s chances of hair loss.

Male baldness (also known as androgenetic alopecia or male pattern baldness) affects a large cross-section of men across the globe, with current genetic beliefs being that the gene is passed on via our mother’s side of the family, or the X chromosome, which remains true. Male pattern baldness accounts for over 95 per cent of hair loss in men, and over half of men with the genetic propensity will be affected prior to age 35, with 85 per cent of these men seeing significant hair loss by age 50.

Hair loss can come with a hefty psychological price, and hair loss treatments can be hit and miss (with some more effective in some people than in others). Some men will go to great lengths to regain their hair, undergoing hair transplants, taking strong hormone-modulating medication, and other novel treatments like plasma-rich platelet (PRP) treatments.

Genetic studies show some male pattern hair loss associated with disease
The research also found that some genetic combinations can be predictors of negative outcomes such as prostate cancer and cardiovascular disease. The results were published in the journal PLOS Genetics in the United Kingdom, and studied the genetic profile of male pattern baldness in over 52,000 men. The study revealed there are over 250 independent genetic regions linked to severe hair loss.

The study
Researchers put the 52,000 participants into two groups: the ‘discovery’ sample of 40,000 and a ‘target’ sample of 12,000. The participants were then separated into those with no hair loss and those with severe hair loss based on genetic variants, with an algorithm then developed to try to predict who would lose their hair and who wouldn’t.

The baldness predictor algorithm used genetic scores to get results, with accurate predictions still a way off, researchers said.

The researchers commented that while they did not collect information on the age of baldness onset, they would expect to see an even stronger genetic signal for those with early-onset hair loss.

We have tools to get your hair growing again.
Contact us