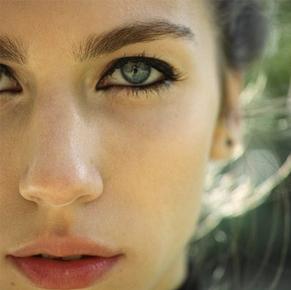 A new eye lift ‘sew-up’ technique is being developed using a tiny blob of high-tech glue instead of stitches, after the surgery has been completed. The surgical adhesive contains blood-clotting proteins that slashes healing times from six weeks to one week after a surgical eyelift (blepharoplasty).

The glue uses the same principle that emergency room glue does – instead of sewing up a wound, the adhesive is applied to the edges of skin, with quicker healing and less scarring. The fibrin glue uses two complex proteins – thrombin and fibrinogen. These two substances are liquids that are frozen, then defrosted and mixed together before being applied to a wound via a special chamber. The thrombin converts the fibrinogen into fibrin – a blood-clotting protein that forms a plug over the wound.

Fibrin glue has been used since the 1940s in surgery, including neurosurgery to repair tiny leaks around the brain where stitches won’t work. The product has also been used in eye, spleen and liver surgeries. Newer cosmetic treatments use the glue include blepharoplasty (eyelid surgery). Eyelid surgery is an increasingly common procedure that helps remove fine lines, wrinkles, and bags around the eyes, rejuvenating the appearance of the eyes.

A five-year study on the no-stitch eyelid glue procedure found that the glue reduced damage to the eye area during treatment, and the eye area seemed to be completely healed in a week, compared to six weeks for regular stitches.

The blepharoplasty surgical procedure remains the same, however usually the wound is closed with up to 15 stitches. Now the glue seals the underlying surfaces, bringing the edges together and the surgeon holds the skin for about three minutes, and then the deal is sealed. The glue is reabsorbed back into the body, since it is made out of natural substances.