How men’s liposuction is different

How men’s liposuction is different 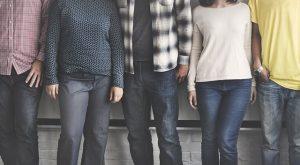 Liposuction on men is different to women in some key ways – men’s fat is slightly different, the areas men accumulate fat are different, and men tend to make behave differently as patients.

Men have started to cotton on to the options available to them to improve their appearance. That might be smoothing a bump on the nose or removing fat from their chest or waist using liposuction, with most men who visit a cosmetic dermatologist under age 45.

Liposuction was the third most popular surgical procedure for men in 2005, but women still overshadow men in liposuction treatments overall, representing 90 per cent of patients. This ratio is shifting, as men see what can be achieved.

This means cosmetic dermatologists will have a staple of male clientele well into the future, as the number of men attending clinics increases and maintains steady patterns of cosmetic treatments as they age.

Men get liposuction for different reasons and in different places to women. Men don’t have fat accumulations in the same places as women (thighs, upper back), with the most common areas treated in men being the waist, abdomen, lower back, chest and neck. It is simply unlikely that a man would need liposuction on the upper back, arms or legs, which are typical fat-collection spots on women.

The fatty tissue is also different – it is harder and more fibrous in men, which means more effort on the liposuction practitioner’s part, but no less successful treatments.

Men as patients also have their pros and cons – results are quicker to appear, but postoperatively, things can be somewhat different. Men take less medication than women generally, including aspirin, a known blood thinner, so men tend to be more reliable post-surgery. Post-op bleeding is a very real risk that must be carefully explained so the patient avoids blood-thinning agents, like fish oils and aspirin.

Men also differ in recovery due being more likely to insist on being active compared to women. Recovery requires rest, so telling a man to lie down and be still is more often ignored. Rest is particularly important in gynaecomastia liposuction and surgery combinations to avoid the necessity for drainage.

Many male liposuction patients are overweight, but some men have naturally more fatty breasts, waists, bellies or necks – it’s genetic. In the former, liposuction may motivate men to maintain a healthier lifestyle and possibly even an exercise regime. The latter group of men may already incorporate exercise and a healthy diet, but have a problem area they want addressed.

Liposuction is performed on men in the exact same way as women, except some areas are trickier than others, such as the abdomen. Men can have fat above the rectus muscle – the outer abdominals that run down the centre from the chest to pelvis – and internal (visceral) fat around the intestines that cannot be removed using liposuction. This means abdominal liposuction can provide unsatisfactory results, because the desired amount of fat couldn’t be removed. The only way to remove visceral fat is via diet and exercise, so this must be discussed with your doctor before treatments. It’s easy enough to tell how much visceral fat you have by pinching the fat – if it comes away in your fingers, it’s on the outside, but if you can feel muscle, it’s on the inside. We cannot liposuction fat around your internal organs or muscles.

Many overweight men do not have true gynaecomastia (ducting tissue in breasts as opposed to fat), which means male breast reductions using liposuction can be extremely effective. There may, however, be a combination of ducting and fat, with liposuction only able to remove fat, leaving ducting tissue behind – again, providing an unsatisfactory treatment. It’s easy to tell if you will need excision surgery for gynaecomastia by grabbing the areola between two fingers. If you feel hard tissue, you probably need excision of ducting tissue as well as liposuction. Talk to Dr Michael Rich at our Melbourne clinic about your options.

Redefine yourself.
Contact our Melbourne clinic to talk with Dr Rich about liposuction