How much liposuction can I get?

How much liposuction can I get? 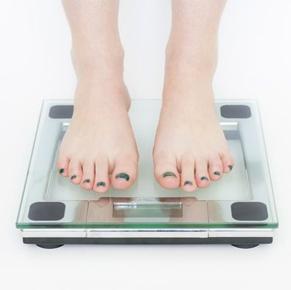 There are guidelines regarding how much liposuction one person can have, but no set rules. Every person has their own set of individual factors that will dictate what amount of liposuction is safe for them, as discussed with your cosmetic doctor.

This level is typically based on your body mass index (BMI), but how healthy you are will also be taken into account. Any one factor that reduces your ability to heal and cope with the fat removal process will be looked at, such as smoking, underlying health conditions that may slow or impact healing like diabetes, and diet and lifestyle choices. Thus, the ‘safe’ volume of fat that can be taken from one person in one liposuction treatment varies.

A recent study published in medical journal Plastic and Reconstructive Surgery stated that liposuction is associated with a very low rate of complications, and called into question the current thresholds for liposuction. These thresholds are based on how much fat a person has to begin with.

The debate has raged since liposuction was first performed regarding levels of safe fat volume loss. The current guidelines state no more than five litres – usually called large-volume liposuction – can be removed in one treatment, with that amount being associated with increased levels of complications, however there is no scientific evidence for a hard and fast cutoff rule.

In a review of over 4,500 liposuction patients, the overall complication rate was 1.5 per cent, with few serious complications and no deaths. The most common complaint was fluid collection that required drainage, with the average liposuction volume being two litres. Patients with complications tended to have had larger volumes removed, an average of 3.4 litres, and higher BMIs, with those undergoing large-volume liposuction of more than five litres seeing the highest overall complication rate – 3.7 per cent versus 1.1 per cent. This was almost exclusively due to increased fluid collection (seromas).

There is an interaction between liposuction and BMI that was interestingly to complement those findings – those with higher BMIs with increased volumes of fat removed had reduced rates of complications. The researchers therefore concluded that obese patients may tolerate larger volumes of fat loss without an increase in complications, with patients with lower BMIs having a higher exponential risk increase at higher volume liposuction. This is the first time the association has been made between pre-existing fat content and the safety of liposuction.

The researchers therefore have introduced a new ‘relative liposuction volume threshold’ based on BMI. This doesn’t mean there is an absolute limit, but shows where complications start to increase. It also means that obese patients may see no significant increased risk with higher volumes of fat loss.

Dr Rich at ENRICH Clinic is an Australian liposuction pioneer.
Get the best.
Contact us