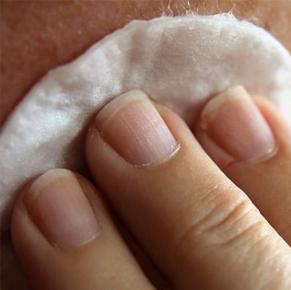 Research is slowly revealing the role skin bacteria play in the development or exacerbation of eczema, with staph aureus being put squarely on the radar. Normal, healthy skin has colonies of friendly bacteria that help keep everything in check.

Investigations have revealed that skin with eczema on it has more staph bacteria and less diversity of helpful bacteria, which may prove an important part of developing better treatments for eczema. Staph is quite inflammatory once it gets going, which might contribute to eczema flare-ups.

A study published in 2009 suggested that enhancing bacterial diversity in eczema-affected skin could potentially avoid flare-ups in some people. Eczema is an immune reaction, so increasing immune modulators like healthy bacteria could possibly improve the condition.

Is my emollient cream a help or hindrance?

In 2016, researchers investigated the link between the skin microbes, eczema, and what role emollient creams played. The researchers found that certain types of bacteria are under-represented in eczema-affected skin, while certain others, like staph, are over-represented, but that some emollient creams acted as antibacterial agents. It was found that the eczema-affected skin differed in microbes to skin nearby, and that the use of some emollients actually increased diversity of microbes on the eczema-affected areas, being a positive influence.

Investigations into probiotics to cut down on asthma, food allergies, and eczema are in progress globally. Some people with eczema may respond very favourably to increasing healthy live bacteria throughout the digestive system, while utilising other methods of treatment, though at this point firm guidance has not been offered.

Your dermatologist is the best place to start treating eczema, starting off with a proper investigation, and tested, effective products where necessary.

Get your eczema under control.
We can help.
Contact us