Using human hair to suture facial wounds – is hair the future of thread?

Using human hair to suture facial wounds – is hair the future of thread? 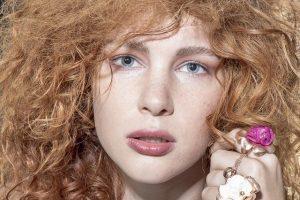 Using hair from patients to sew them up has proved to be a useful – and cheap – alternative to regular sutures when in a pinch. According to a study into 54 patients where the technique was used, doctors found that hair sutures enhanced healing, provided good edge-to-edge skin connection, and resulted in very minimal scarring – all comparable to regular sutures.

The technique was developed by surgeon Mohammed Al azrak M.D., when he was forced to improvise in a low-resource hospital in a rural area. His first encounter where he needed sutures that weren’t available was when a 7-year-old girl came into the hospital at 5am with an injured forehead. There was no fine suture available, and no stores open to buy suitable sutures. The girl’s long hair was then used, with the needle of an insulin syringe, to produce a suture. The wound was closed and the stitches taken out a week later.

Three months later, Dr Al azrak was visited by the family and the girl. He couldn’t straight away see the stitched site, which indicated excellent healing. Since then the doctor has used hair as a suture many times in emergency and elective procedures.

How is a hair used as sutures?

A hair is taken from the scalp, but the hair has to be long enough to make sutures and stitches. It is then sterilised and used the same as a regular suture.

The study involved female patients with facial wounds. Injury depth varied. Afterwards, when the wound had healed, the scars were ‘often hardly visible’, suture marks were undetectable and there were no untoward skin reactions. The technique is low-cost and suitable for hospitals or other facilities that have low levels of resources, and the technique can even be used on the battlefield.

Hair, it seems, may become the new thread – at least in some places.