A selfie – short for self-portrait – used to be a staple of photographers through sheer necessity: if you are the only person around, testing lighting and positioning requires a human subject. Photography was a hobby of only the wealthy for quite some time, so very solemn self-portraiture was not uncommon. It also used to be much harder to take a photo of yourself as the only person in the room, and much harder to change the photograph if you didn’t like the way your nose looked. Cameras were big, clunky and expensive.

Now, the humble self-portrait is a relic of the past, and the majority of selfies are taken by young women in their teens, twenties and thirties. Selfies have a very specific associated culture, with one of the fascinating developments being what is known as ‘the Kardashian Effect’. The selfie has evolved, being more self-involved than ever.

The first selfie on record was by and of photographer Robert Cornelius in 1839. 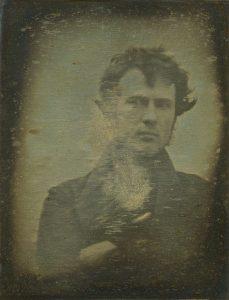 What is the Kardashian Effect?

Robert Kardashian was OJ Simpson’s lawyer, bringing the family to fame during the trial. When he died, Robert Kardashian left a successful business to his children that they then sold. Daughter Kim Kardashian had an entrepreneurial streak, becoming famous in 2007 for a sex tape that went viral on MySpace and Twitter.

Now, the Kardashian name is synonymous with the self-made celebrity, seeing Kim Kardashian earning US$53 million in 2015 alone for, if we boil it down, taking selfies. She is now #33 in the World’s Highest Paid Celebrities, has over 33 million Twitter followers, 37 million Instagram followers, two reality TV shows and a mobile app where you can create your own celebrity. Kim Kardashian is paid millions to promote ‘flawless’ beauty via cosmetic treatments and makeup application, primarily via the posting of selfies on social media.

The lip fillers, neuromodulators, ‘vampire facial’ (platelet-rich plasma treatments), liposuction, breast augmentation, and dermal filler injections are limitless and the cost means nothing. The selfies being taken en masse by young women mimic this process: spending money on cosmetic treatments, then taking touched up and filtered selfies to present (what is perceived to be by the photographer) a sexier/cuter/more likeable face to the world. This all occurs via social media, mainly for attention and validation. It has caused cosmetic treatment demand, in the name of a more impressive selfie, to go through the roof.

This sort of sharing of one’s self via image has been dubbed the ‘attention economy’, where ‘likes’ are a feedback mechanism allowing us to send and receive instant feedback. This instant feedback offers information about social status – the self-made (read: rich and beautiful) celebrities that we could all be with just a few more selfies.

Enter stage left the Kardashian Effect, which takes a photographic self-portrait and turns it into the never-ending stream of selfies taken of and by a person without skill, ability or talent, photographic or otherwise. Kim Kardashian even published a book only with selfies of herself in it, called Selfish. It was a best-seller.

The selfie is very much about where we are, what we are, who we believe we are, and most importantly, who we think is watching. There is no such thing as a selfie that is not shared – you just keep going until you like a picture you’ve taken (which could take a long time), then you publish it online, and wait for the likes to come flowing in. If a selfie is taken in the forest and nobody sees it, did it really exist?

The selfie may well have changed the way we interact, our body language, self awareness, privacy, humour, sense of irony, and how we behave in public. This makes the selfie a new visual genre, which has become so ingrained in our culture it is now considered a normal. Outside of sharing our experiences with friends and family, selfies for many are (rightly or wrongly) a deeply important method of validation from peers, and the world. A visit to any tourist spot is now a scene where there are less people actually looking at the attraction, as viewing the attraction behind themselves through a small screen.

Selfies in their current form became possible with the iPhone 4, which offered the reversal of the camera lens so we could see ourselves taking the photo, and pose as we saw fit. This was a game-changer.

Prior to this, a selfie had to be shot blind, then checked, or taken in front of a mirror, posing some logistical problems for the photographer. Flashes and visible cameras make the fact that it is a selfie obvious, with full-length selfies still requiring a mirror. Now, taking a picture of yourself where the camera and flash make an appearance is par for the course; nobody seems embarrassed to have nobody around to take a better photo of them, with the shameless selfie now the norm.

Changing the way you look to the camera

Selfie apps can now do some airbrushing for you, with filters that whiten teeth, remove blemishes, give you a tan, 0r conversely, lighten skin. Some apps can make you appear slimmer than you really are or change your hair colour. You can add dog ears too, a favourite of Kim Kardashian.

Get your hands on the fascinating research piece by Danita N. Brooks, called The Kardashian Effect: The Impact of Selfie Culture on Millennial Women.

We look into cosmetic trends in 2021, from innovative AI analysis to anti-ageing treatments that don’t cost the earth. 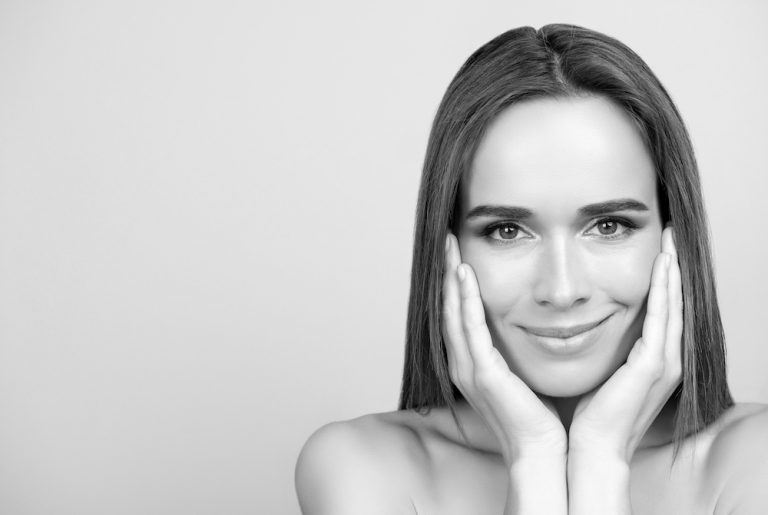 Wrinkle prevention: is there such a thing as too early to start?

We can help you figure out what’s best and when for your cosmetic journey into the future of your face with a solid anti-ageing plan.

Not sure where to start on your cosmetic journey? Here’s some simple but effective treatments for maximum results with minimal investment.