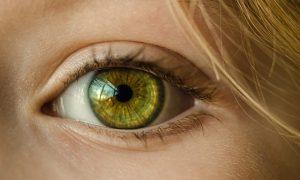 Light-based treatments, in particular ablative laser resurfacing, has greatly improved the quality of life for people living with uncomfortable or distressing scarring. A combination of devices and therapies can be utilised to reduce pain and improve function in people where scarring causes problems in day-to-day living, to reduce redness, tightness and bulk.

Scar treatments usually at first involve the ablative fractional resurfacing devices, and treat the entire scar, plus a small rim around the edge. These treatments can start quite soon after an injury, however it will depend on the cause of the scar. Treatment timing remains controversial amongst practitioners, in particular for burn scars. You’ll need to have a conversation with your practitioner regarding their advice on starting treatments.

Your treatments may consist of laser treatments every two or three months, as the area will need to heal after treatments to get the most benefit out of collagen remodelling and production. Scar treatment is a long, slow process. Medications may also be used to increase results of lasers.

Scars can be improved, but not removed, so expectation management is important when you are considering scar treatments. Surgical revision may be applicable in some cases, with physical therapy for tight scarring also useful.

We can help reduce the appearance of scarring.
Contact us