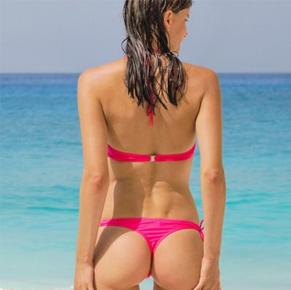 The way we do liposuction now is very much the advanced version. Surgeons started removing fat in 1974 – not that long ago – and many mistakes later, we now have the gold standard in liposuction, the tumescent technique.

Liposuction started with French and Italian surgeons, who were first with the underlying principles: to suck fat cells through a large hollow tube to improve the shape of the body.

The results we get now are far superior to the first attempts, which, well, weren’t that great. The idea was an interesting one, but the application needed fine-tuning, since they weren’t sure what would happen when they removed fat cells from the body. They soon found out.

Too much fat removed, and the body responded very badly. Wrong place to take fat from, and the results were bumpy and lumpy, with dents and pockets and even scarring.

The fine art of the surgeon
It became clear that there was a fine art to liposuction, which meant being able to foresee the results, based on an understanding of healing patterns and the human body. Surgeon’s also needed to have an eye for form – what looks good on a body.

This is the trial and error of liposuction that has led us to what we have today: a procedure considered reasonably low risk, and with an experienced surgeon with a good eye, outstanding results.

How they began performing liposuction
The first liposuction techniques used large-bore cannulas (big tubes) under a general anaesthetic. In 1983, the Ilouz method was developed – this technique infused fluid into the tissues before suctioning it out, with better, safer results.

Another surgeon then advanced this technique by changing the incision and adding a local anaesthetic, and applying compression garments afterwards. This again improved the technique.

In 1985, the tumescent technique was born. This technique uses local anaesthetic injected (in a mixture) into the site to be treated, which softens the fat before it is suctioned out, stymies bleeding, and offers smoother results. Compression garments are still used as a matter of course.

The tumescent technique is less risky, there is less pain and post-operative downtime, less bleeding and bruising, it’s less expensive when general anaesthetic isn’t used, and body contouring is easier.

At ENRICH, we only use the tumescent technique. Dr Michael Rich is a pioneer in liposuction in Australia, and is the doctor who teaches other doctors how to do it.

Your surgeon makes the difference.
Have the best.
Contact us