Low vitamin D not related to increase in asthma or dermatitis

Low vitamin D not related to increase in asthma or dermatitis 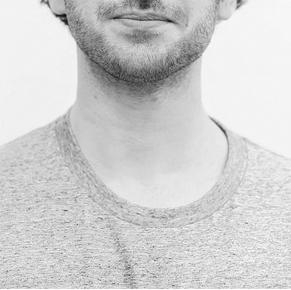 Findings of research previously conducted have suggested that low vitamin D levels may increase the levels of asthma, dermatitis and some allergies, however new genetic research does not support this, at least in part.

A new study has examined the outcomes of those with genetic predispositions to vitamin D deficiency, finding that there is not an increased incidence.

The studies conducted found associations between low blood levels of vitamin D with increases in immunoglobulin E (IgE), atopic dermatitis (eczema), and asthma. The new research set out to see if there is a genetic background to these associations.

Atopy is a term used in regard to having a predisposition for allergic conditions like asthma and eczema. Atopy, in blood tests, appears as high levels of IgE. This IgE generally protects us against parasite infections, and is used in our immune system. Low vitamin D plus increased IgE levels have been observed in some studies.

Vitamin D deficiency is very common, particularly in Victoria, so establishing facts regarding a person’s propensity to develop certain other conditions as a result of low vitamin D is important.

The vitamin D and atopy study

The research team explored the data of over 100,000 people from existing studies, looking specifically at a genetic variation called single nucleotide polymorphisms (SNPs). SNPs are the most common genetic mutation in our DNA, with four genetic variations that are associated with low vitamin D. The researchers then looked at adult-onset asthma and childhood asthma separately.

They did not find any significant differences between the incidence of asthma, eczema or high IgE levels amongst those with the four genetic variations, and those without. This doesn’t rule out the correlation previously found. If people just have low vitamin D, the study has not accounted for their asthma, but instead opting for those who are genetically predisposed to low vitamin D.

The study was only done on people with European ancestry, which is a study limitation.

The researchers stated that, ‘Our findings suggest that previous associations between low vitamin D and atopic disease could be due to spurious associations with other factors. Efforts to increase vitamin D levels will probably not result in decreased risk of adult and pediatric asthma, atopic dermatitis, or elevated IgE levels.’