My scars are here for life, but how can I reduce their appearance?

My scars are here for life, but how can I reduce their appearance? 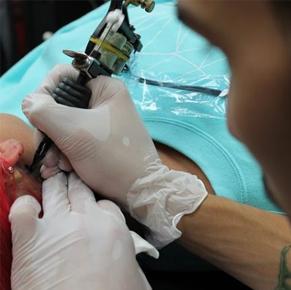 Scars are part of our bodies – little (or big) bunches of collagen fibres knitted together to create a makeshift barrier against the world. Having scars that you don’t want people to see isn’t something we always get to choose, though, which is where scar-reduction or scar-masking treatments can really change the way you – and everyone else – looks at your scars.

Lasers and radiofrequency treatments
Remodelling scars is relatively new in terms of the technology improvements over the past decade. Waves, beams, whatever they end up being, can penetrate the deeper layers of collagen, and once they do, they can break down some of the fibrous collagen, softening the appearance of the scar. While this is happening, new collagen is stimulated, and far from having a scar-like effect as you might imagine, it helps the scar to become flatter, less red, and less obvious by the process of ‘remodelling’. That is, changing the shape of.

This won’t work for all scars, and it won’t work on many skin grafts, since the pigmentation of the skin may be different in terms of colour. Another treatment may be more appropriate in this case, though any scarring can be examined by your dermatologist.

‘Medical’ tattooing
Tattoos are used routinely by plastic surgeons as a form of nipple reconstruction after a mastectomy, for example, but haven’t been widely used most likely due to lack of skill. Tattooing has always been the domain of someone else, not a doctor’s job.

Scars can also undergo the same tattoo treatment, particularly when colour matching is more of an issue than scar reduction. Having your scar be less obvious, particularly around the head and neck area, or more intimate areas like around the breasts or genitals, can make a huge quality-of-life difference. Feeling eyes on you when you aren’t up to it is hard, as is answering the questions of the curious stranger, or being intimate with someone new. Some things, some times, just don’t need to be scrutinised.

A great study into the satisfaction of head and neck surgery patients who had scars and skin grafts tattooed has demonstrated that tattooing can really augment the way people feel about their surgery, appearance, and scars. If you’ve been through a trauma of some kind (illness, accident), this really matters. Fifty-six patients, mostly women, were included in the study, with improvements in scar or skin graft perception improving significantly after the tattooing. (Doctors like to call it dermatography.)