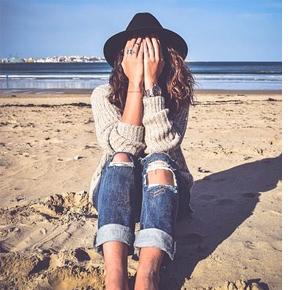 A global survey has revealed that 84 per cent of those living with moderate to severe psoriasis have been subjected to discrimination.

Psoriasis is an incurable autoimmune skin condition whereby the top layer of skin grows too fast, resulting in dry, scaly skin. It is managed with various medications and therapies, but is a lifelong condition for most afflicted.

Ignorance of psoriasis is damaging

The study revealed that over half the study participants believed achieving clear or almost clear skin was not realistic, which is a sad fact of psoriasis. It hasn’t been put high on the healthcare agenda, and treatments tend to be short-acting or have unpleasant side-effects.

Forty-five per cent of survey respondents said they had been asked by other people if they were contagious – a devastating question. Forty per cent reported being stared at when they went out in public. As a result, a whopping 16 per cent said they hide themselves away as a coping mechanism.

These outcomes are due expressly to a lack of understanding and recognition of psoriasis by the general public, and occur when germophobia takes over. It reveals that more education is necessary.

These survey results show us that people living with psoriasis – about three per cent of our global population – have low expectations of ever having clear skin, and are experiencing high levels of embarrassment and discrimination due to their condition. This Swiss study of over 8,000 psoriasis sufferers in 31 countries is the largest to date on community perceptions of psoriasis and clear skin, says the release.

Treating psoriasis can be difficult, however new dermatological and drug treatments are constantly emerging, as our understanding of the condition advances.

Want help with your psoriasis?
We have tools!
Contact us