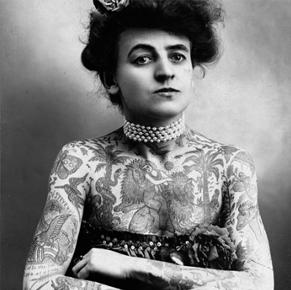 Getting a tattoo removed can seem like a bit of an ordeal, particularly if the tattoo involves a lot of colour or your skin is dark – most tattoo removal lasers work best on lighter skin and can only manage a few colours well.

If you want your colourful tattoo gone or you have darker skin, we can help. If you’ve had tattoo removal laser before, and you’ve ended up with tattoo remnants, it’s because the laser wasn’t suitable for your tattoo. Normal tattoo-removal lasers can only target one colour, or at best, several colours, and don’t work well on dark skin.

Unscrupulous, untrained, inexperienced practitioners are also a problem in Australia, since you don’t need to be a doctor to own or operate a laser. At ENRICH, all laser tattoo removal is performed by a doctor, and we’ve been doing this for 15 years so we know what we’re doing.

Our PiQ04 laser has four different wavelengths to target all tattoo ink colours, on all skin tones. Here’s how:

What do other lasers do?
Other lasers may only have one wavelength, usually the 1064nm to target black tattoo inks, since this is the most popular colour. Other lasers have both the 1064nm plus the 532nm, which means they can only target black and reds. Sometimes the laser has only the 532 (for reds) or the 755nm, which only works well on lighter skin types.

Removing a colourful tattoo off dark skin using our laser
The PiQ04 laser can work on any skin colour to remove all tattoo inks – it is safe to do so, unlike other lasers that only work on light skin.

Fewer treatments – less time and money for your tattoo removal
At ENRICH, we have the PiQ04 laser, one of only three in Australia. The laser is so effective, it can reduce the number of visits by up to 40 per cent (depending on your tattoo), and can remove any colour due to its four wavelengths.