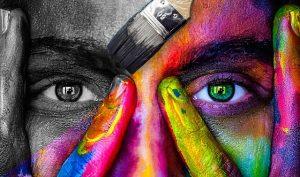 Human skin comes in a wide array of colours and tones, from very black to very white. This variation is due to two primary factors: the amount of UV exposure we get and our genetic predisposition, which combined determines how much melanin we are able to (and do) produce.

‘White’ skin isn’t actually white
The colours we see in light skin are primarily due to the white-blue colour of both connective tissue underneath the skin and the perception of the red blood in the veins of the dermis. This is because skin cells without pigment are not white, but sort of translucent. Light is able to penetrate, re-emitting wavelengths that vary in their perception by our retinas of the substances inside and underneath the skin.

How brown we are genetically has changed over the last 10,000-15,000 years, and our brownish, for most of earth’s population, is largely UV-based. Genetic differences appeared prior to this, as per need. You’ll notice that Indigenous Australians have very dark brown skin – lots of sun, oldest known peoples on earth – but Caucasians from Queensland, while maybe very tanned, were born pale, and without sun exposure will become pale once more. With another Caucasian genetic pairing, their children will also be born pale, though how tanned they get in their lifetime will vary depending on the individual. Genetically dark-skinned people’s babies, while paler at birth, are born with pigment already in their skin. Call it a headstart.

Our genes are responsible for how easily we change colour too, including in very dark-skinned people. If people with dark skin stay inside all day every day, their skin naturally loses some of its depth of colour. We only have so many melanin-producing cells in our skin, which are triggered by UV rays, but some people don’t have very many – redheads do very badly in the sun without protection. Melanin is our natural defence against the sun.

Skin colour differences in men and women
Women are known to have significantly lighter skin than men (overall), possibly because of an extra need for calcium during pregnancy and breastfeeding. Vitamin D is produced when skin is exposed to UV rays, which is important for absorbing calcium, so having greater unprotected skin surface area to produce vitamin D – and thus absorb more calcium from the diet – may be an adaptive mechanism. People with more melanin (darker skin) are known to have lower vitamin D levels.

The array of colours seen in pale skin
There is a lot of colour going on in supposedly ‘white’ skin – red, blue, pink, white, purple, brown, yellow. Think of rosy cheeks, sunburn, bruises, dark circles under the eyes, tan lines, veins, lips. Because pale skin is so see-through, it offers us glimpses into the person’s insides, as unappealing as that might sound.

What does ‘olive skin’ really mean?
As you know, many olives are green, or actually very dark coloured, and this will make sense soon. Olive skin refers to the type of skin found in people from the Mediterranean, Asia and Latin America, and sometimes Africa, with light or moderate brown, brownish or tanned skin that has yellow, green or golden undertones. Without sun exposure, these people may become quite pale, but these people tan much more easily than fair skin while still retaining these green or yellow undertones.

What does ‘blue blood’ mean and why do veins look blue?
Back in ye days of olde, Caucasian nobility were called ‘blue bloods’, primarily because they never worked outside to get a tan, thus you could see the blood in their veins through their translucent skin.

Why do veins – and thus blood – look blue through paler skin? Blood is always red, despite its blue appearance via the skin, with freshly oxygenated blood being light cherry red (being pumped away from the lungs) and carbon dioxide-rich blood (being pumped back to the lungs) darker red.

According to a paper published in 1996, veins look blue due to four factors.

We classify skin colour in the Fitzpatrick Scale.

We love the skin you’re in.
Contact us for expert dermatology 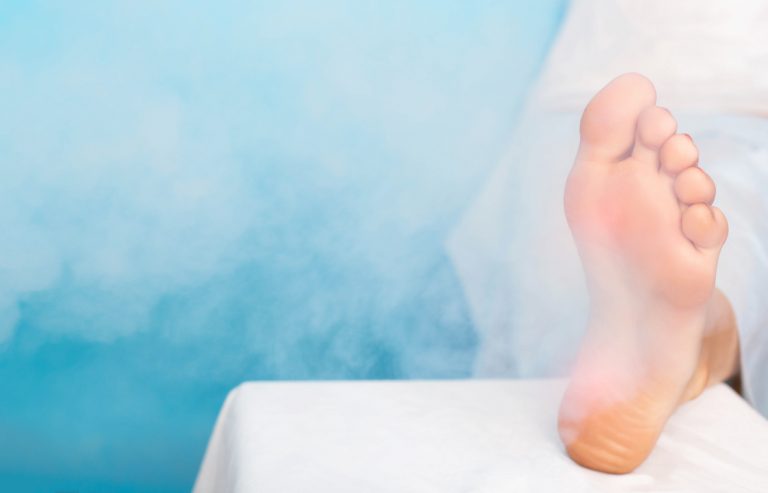 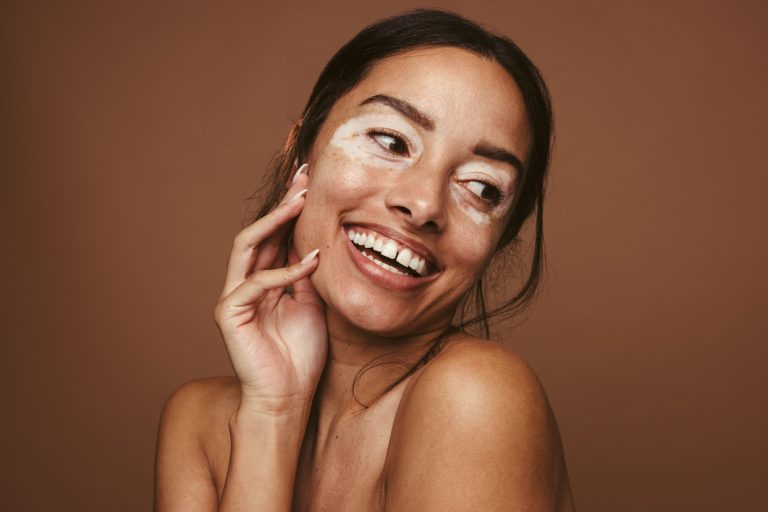