What is SlimLipo? We explain

What is SlimLipo? We explain 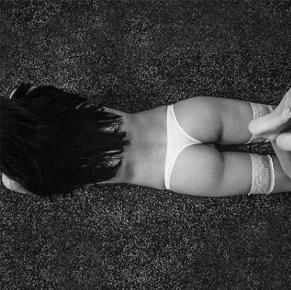 SlimLipo is a trademarked laser liposuction machine developed by Palomar Medical Technologies as a fat-removing and skin-tightening device. SlimLipo is a laser device that also works as a liposuction device.

NOTE: At ENRICH, we prefer to use the tumescent liposuction technique because it is reliable, consistent and gives excellent, smooth results. We do not use the SlimLipo device to perform liposuction, and offer this page as information only.

What’s the difference between SlimLipo and tumescent liposuction?

The only difference between these two techniques is that in laser liposuction, the fat is liquefied with the laser prior to it being sucked out. This presents both pros and cons for the surgeon, but a skilled surgeon is all that is required to get beautiful results from body contouring treatments.

When you see marketing saying ‘when compared to standard liposuction’, remember that nobody uses those old, dangerous techniques anymore, and all liposuction techniques are equal in terms of shorter recovery times, less bruising and bleeding, and nearly invisible scarring. Laser liposuction is almost identical to regular liposuction, but a laser is added to the mix which can sometimes cause inconsistent results.

SlimLipo is not better or worse than other laser-assisted liposuction machines; they all operate more or less the same. Each cosmetic surgeon, however, will use the machine that he or she feels most comfortable with, since the outcome of any liposuction is largely down to your surgeon, not the tools they use.

Naturally, having a surgeon with what they consider to be the best tools for the job is vital, since they will be comfortable, proficient, and capable using that machine. This is absolutely key for beautiful, smooth, long-lasting results.

As Dr Michael Rich says, ‘if you can pinch it, you can lipo it’. There is no area out of bounds for liposuction, though there are areas that are not typically treated with liposuction. This could include the cheeks and face, since fat in the face gives us a more youthful appearance.

Removing it can be detrimental to one’s appearance. This doesn’t mean cheeks are a no-go zone – some cheeks have more fat than may be desired, in which case what we call ‘liposculpting’ may be performed; very small amounts of fat removed. Some of us were born with ‘chubby’ cheeks that last far into our adult life, which can be examined and adjusted as you desire by your surgeon.

Liposculpting is a popular technique around the chin and neck area, since not a lot is removed, but the impact on your profile can be dramatic.

The most common areas for liposuction are the hips, belly, back, breasts/chest, arms, and thighs. Liposuction treatments at our Melbourne office can also treat ankles (‘cankles’), calves, knees, elbows, and back fat, among others.

SlimLipo uses laser technology to liquefy fat cells and tighten skin. It is used primarily to remove fat, but the laser part of the machine works to tighten skin on the tummy, hips, buttocks, arms, neck or chin at the same time. SlimLipo (or in fact all laser liposuction) is supposed to offer tighter results in some people, however this is a matter of debate and opinion between surgeons. Skin naturally retracts around whatever it contains, like a balloon does – if you add more liquid (fat), it expands; if you take some water (fat) out, it retracts without losing its natural firmness. This is how skin works in a normal, healthy person up until age takes its toll or if a lot of weight has been gained/lost.

In cases where there is a lot of loose skin, having skin tightening treatments of any kind is often a really useful adjunct to liposuction. An example of this might be radiofrequency treatments (using the ThermiTight) which target the collagen and elastin-producing cells in the skin (fibroblasts), causing skin tightening over time. It can take quite a while for the tightening to become apparent, however, so don’t expect quick ‘n tight results.

SlimLipo is performed under local anaesthetic (you are awake), though you can opt to be put under general anaesthetic if you prefer – it will cost more though, and comes with higher risks.

Incisions are made in your skin into which the laser device and tubes to suck the fat out are inserted for treatment. These incisions are very small, and leave an almost-invisible, tiny scar.

The laser beam liquefies fat by bursting the fat cell membrane. The contents of the fat cell then drain out. Each fat cell you have contains varying amounts of fat molecules; again using the balloon analogy, one fat cell shrinks and grows, depending on how much fat it is storing. You have a finite number of fat cells in your adult body; you don’t grow new fat cells, you merely utilise the ones you have as storage facilities.

Once the fat cell membrane is broken, the balloon has been burst, and it can no longer function. The fatty contents are unable to be contained by the membrane, and thus the fat ‘melts’. The fat is then suctioned away, and voilà, you have laser-assisted liposuction à la SlimLipo.

Swelling can take months to go down, which is the same timeframe as the tumescent liposuction technique – both techniques use tumescent fluid to numb the area and stop excess bleeding. The laser is an add-on to regular liposuction that is useful in some cases specifically, or that a surgeon prefers.

You can expect your new shape to appear in the many weeks it takes for the swelling to go down with no more improvements expected after six months. The skin retraction can take six to nine months to appear completely. Compression garments are required post-treatment to help swelling go down.

Who are the best candidates for SlimLipo?

If you are of a healthy weight but have problem areas you would like treated, liposuction of any kind can enhance your shape. Being reasonably healthy is important when considering liposuction, since it is an invasive procedure (though less invasive with newer techniques) that requires some healing time. You must be able to heal adequately.

Saggy or loose skin will only look worse after liposuction, so other skin-tightening methods would be advisable in conjunction with liposuction.

Liposuction can be performed on women and men, with excellent results seen in treatments from removing belly fat, breast reductions in men and women, and general reshaping – hips, thighs, arms, back, and even the chin and neck area.

Why doesn’t the laser burn the skin?

The laser is so fine-tuned and regulated by both the machine itself and the surgeon that it is almost impossible for it to burn you. Lasers operate within certain frequencies, with certain tissue activating the beam – a fat cell, for example, has a different ‘break’ point than skin cells, which is why the laser can be safely used on fat cells or skin without damaging nearby tissue. This is how laser hair removal and tattoo removal work too – the laser narrows its focus to only treat certain types of tissue at a certain temperature, sparing all other areas that do not fit the frequency criteria.

The area being treated is filled with a special anaesthetic liquid – tumescent fluid. This is a mixture of special ingredients that makes the area completely numb, so no, liposuction does not hurt at all. All you may feel is some pulling or pressure as the procedure is carried out. You may feel some soreness for about a week after the procedure, which can be managed with regular pain killers.

How long does SlimLipo take to perform in Melbourne?

The time your procedure takes will depend entirely on what area you are having treated. You can expect to spend a couple of hours at our Armadale clinic, but your surgeon will let you know how long to prepare for.

Why would I choose SlimLipo over other laser-assisted liposuction devices?

There is no real reason to choose SlimLipo over other forms of liposuction since with or without the laser, the procedures are much of a muchness.

One of the less advantageous elements of SlimLipo and other laser-assisted liposuction techniques is that surgeons have less experience than modern-day tumescent liposuction, but this usually doesn’t apply with an experienced practitioner. Choose your surgeon carefully.

Do I need more than one liposuction treatment?

Generally, liposuction is considered to be a one-stop treatment, whereby you come in just the once (for that area or multiple areas), and you don’t need to return. You may decide to get a few areas treated with liposuction, in which case your treatment schedule will be determined by your surgeon. If a lot of liposuction is being completed, it may be done in two treatments, which will be many months apart to allow healing of the first treatment. This is unusual though.

Yes, liposuction is a long-lasting fat removal solution. When you remove a fat cell, it can never grow back – as previously discussed, your fat cells are a finite resource in your body that shrink and grow as you absorb and use more or less stored energy; they do not multiply.

When you remove the whole fat cell, the fat you absorb from the food you eat then finds its way into another fat cell. (This is why you can ‘get fat somewhere else’ if you put on a lot of weight after liposuction treatments. It is also why choosing a good surgeon who leaves enough fat in the area that it looks natural if you put on weight later is very important.)

Does SlimLipo leave a scar?

Liposuction of any kind nowadays should only leave a very tiny set of scars, from the two or so incisions made. These are typically not visible to the naked eye and will be located in an area that you can’t really see. So yes, SlimLipo does leave scars, but they are very small and fade away over time.

The cost of SlimLipo

SlimLipo costs vary between clinics, and because it is illegal to publish the cost of any liposuction procedure in Melbourne, you will need a private consultation so that your personal circumstances can be taken into account prior to any surgery.

It is reasonable to say that you will be paying several thousand dollars for any liposuction procedure in Melbourne, which will depend on the treatment area.

Where is liposuction surgery performed?

Dr Michael Rich performs all liposuction procedures at his Melbourne clinic as a day procedure. You don’t need to stay overnight or even for more than a few hours. You can go home and relax.