Snoring in children and emerging treatments for tonsils 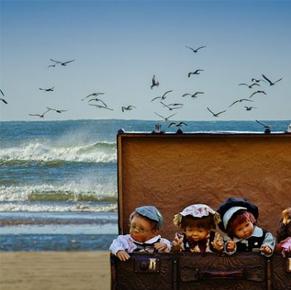 Snoring in children is caused by the same process as in adults. While breathing in, if some tissue blocks the passage partially or fully, the pressure of the air being forced through a tiny gap causes tissue to vibrate, producing the sound of snoring.

Muscles relax during sleep, but if they are so relaxed that the airway becomes blocked or narrowed, sufficient air cannot enter the lungs. This causes an alert to go off in the brain, and breathing is restored suddenly, which can result in gasping or snorting. This then allows the child to continue breathing, probably waking up. This frequent sleep disruption and waking results in disturbed sleep, causing daytime sleepiness or being overtired during the day. Poor sleep can also contribute to behavioural difficulties, hyperactivity, and attention problems.

Loud and regular nightly snoring is abnormal in children who are otherwise healthy. It can be a sign of a respiratory infection, allergies, or a stuffy nose, but it can also be caused by sleep apnoea, disturbed sleep, or a lung issue. Up to three per cent of children snore or suffer breathing problems during sleep, so if your child gasps or pauses during sleep, investigations may reveal a more serious cause.

Causes of snoring in children

Children with sleep apnoea tend to snore loudly on a regular basis, and pause, gasp, or snort during sleep. These kids may also wake up frequently in the night, be restless, or sleep with their head in unusual positions. They may be unusually sweaty in bed.

During the day, these kids may be hyperactive, with behavioural problems at school and home, be hard to wake, suffer headaches, be irritable and aggressive, be sleepy, speak in a nasal voice and mouth-breathe.

Treatments for snoring in children

Treatments for snoring in kids differ from adults, since many of the anatomical issues kids have, like large tonsils and small throat and mouth cavities, naturally disappear as the child grows. Some snoring requires no treatment.

An ear, nose and throat specialist will offer some treatment options, with the most typical solution for large tonsils being complete removal via surgical tonsillectomy. This may not be the best way of solving the tonsil problem, however, as new treatments develop such as RF treatments.

Radiofrequency treatments for reducing tonsil size in children and adults

Radiofrequency (RF) treatments have proved successful in reducing enlarged tonsils in several studies. The process is reasonably simple, and very effective at shrinking tonsil (and other) tissue. RF treatments are used in adults to solve snoring problems, and involves beaming heat into specific pockets of tissue to carefully destroy some of the cells in a very controlled manner. These cells are then reabsorbed back into the body as garbage, and the tonsils shrink.

In a 2003 study that compared RF treatments (known as tonsil ablation) to a regular surgical tonsillectomy, tonsil ablation resulted in greater than 86 per cent elimination of tonsil tissue in both children and adults. What’s exciting about this is that in most patients, pain levels were minimal and only an issue in the 48 hours post-surgery. Return to normal eating and activities was far earlier in the RF group than the tonsillectomy group. Tonsil ablation doesn’t cause the typical rawness and bleeding that a tonsillectomy does, since it does not break the skin.

Need snoring solutions?
We have a SnoreLESS program for you.
Contact us