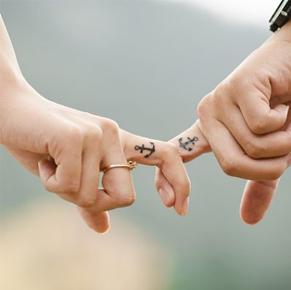 Childbirth is famous for taking women out of the sexual ballgame, sometimes for a year or more. Studies have repeatedly shown that women, particularly those who have delivered vaginally, have sexual problems for at least six months, but in one study, 40 per cent were still not back to their usual sexual selves within a year.

We know the reasons for this, and they are complex and intertwined. It could be damage to the vagina and vulva during delivery; the needs of a breastfeeding baby; being dead tired; or psychological changes; but importantly, reduced strength of the pelvic floor muscles – the feeling of a looser vagina – was cited as a major reason for not wanting sex. That is, the vagina doesn’t feel as good as it used to due to the looser pelvic floor muscles and stretched vaginal tissue.

An Iranian study into Kegels exercises found that pelvic muscle strength changes in the period after birth (postpartum period), and can continue to be poor for years afterwards. This can lead to pelvic pain, urinary incontinence, prolapses and a general lack of sexual satisfaction, since the pelvic floor plays a vital part in stimulation and orgasm in women.

The study looked at how women look at and approach sex in the postpartum period. They weren’t very excited.

After a baby, women often lose their sense of sexual self, but this can go on for years. The study wanted to find out if women, particularly young women, could – when they felt ready – gather their skirts, so to speak, and get back on the horse.

There is no denying the social and psychological factors that play critical roles in women’s sexual issues. What is also undeniable is the importance of the blood, nerves and muscular factors that influence women’s sexual function. The pelvic floor is a critical component of female sexuality, but it’s not being exploited anywhere near enough.

About Kegels pelvic floor exercises
Kegels exercises are free, painless, do not come with side-effects, and can be done anytime. The problem with Kegels is that over 200 million women globally have no idea what a Kegel is, or how it can benefit them, but of the remainder of the women who do know what a Kegel is, half are not performing them correctly. Learn how to do Kegels properly

Get excited about sex again.
We have the gear.
Contact us