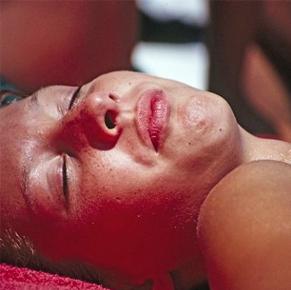 Human skin can now be tanned without sunlight or UV rays, but at the moment just in the lab. Scientists at the Massachusetts General Hospital and the Dana-Farber Cancer Institute in the United States have followed up on a study that produced tanning in a breed of mice that do not normally produce melanin, with a pilot study triggering very temporary tanning in humans.

In the first study, red-haired mice were genetically modified so that they could not produce pigment – melanin – and thus were unable to tan. The gene variation of the mice meant that the pathway to produce melanin was interrupted, however with the addition of a compound called forskolin to the skin the mice were then able to produce melanin.

Excited by this, the researchers then tried this trick in humans, however the first experiment was a dud. The research team suspected this was because human skin is much thicker than mouse skin, so they set up a new study to try to artificially darken human skin using a different technique.

In mice, skin can be darkened using certain enzymes called salt-inducible kinases (SIKs). The latest study used SIKs in humans absorbed via the skin with some success – the more SIK molecules they applied, the darker the skin became. This artificially-induced tan lasted for several days on human skin before fading away.

When the mice had stronger SIK doses applied to their skin, they went nearly completely black in 24-48 hours. After the applications stopped, and the skin cells replaced themselves, the darkness faded over the same amount of time it took to arrive.

The SIK molecules activate tanning and pigmentation in humans in an identical way to UV exposure, but without the damage to cells caused by UV rays, which can cause skin damage that results in wrinkles, premature ageing, and thickened skin. Darker skin resists sun damage by UV rays much more effectively than non-pigmented skin, so the researchers are hoping to develop a cream that could provide a partial tan with protective effects, while also acting as a sunscreen.

Sun damaged skin can be rejuvenated and in some cases repaired with specific skin rejuvenation treatments at our Melbourne clinic. Get in touch to discuss your options.

Got skin damage from UV rays?
We can help.
Contact us