How does a sun umbrella measure up against SPF100 sunscreen at the beach? 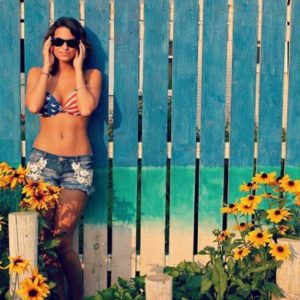 Researchers have looked into the differences between the sun protection of a beach umbrella compared to SPF100 sunscreen in one of the only clinical trials of its kind. The results of the study show that neither the umbrella or the sunscreen on its own completely blocked all UV rays, and thus did not completely prevent sunburn after three-and-a-half hours on the beach. The sunscreen, however, worked better.

The report published in JAMA Dermatology was by researchers at Johnson and Johnson, manufacturers of Neutrogena Corp., the developers of the sunscreen product being studied.

Despite advice to use umbrellas and physical UV ray protections when outside (like clothing and hats), there aren’t a great deal of clinical studies looking into how effective an umbrella really is when compared directly with sunscreen in real-world conditions.

The study involved 81 people, with 41 using just an umbrella and 40 using SPF100 sunscreen on a sunny Texas day at a lake. The outcomes were that 78 per cent of those who used an umbrella developed sunburn, compared to 25 per cent of those using sunscreen. Over 140 sunburn ‘incidences’ (different body parts) occurred in the umbrella group, compared with 17 in the sunscreen group. Only one type of beach umbrella was tested.

Take homes? You need to use both sunscreen and physical barriers to UV rays to effectively protect yourself from skin damage caused by UV rays. Sun damage can cause wrinkles, freckles, moles, sunspots, and lentigines, because it results in DNA damage and excess melanin production or uneven pigmentation.

Repairing sun-damaged skin
While most of us have some sun damage to our skin, it can be treated. There are effective facial rejuvenation treatments that can help reverse sun damage using different techniques to remove or rejuvenating the uppermost and deeper skin cells, removing or softening fine lines and wrinkles, but ultimately regenerating your skin cells.