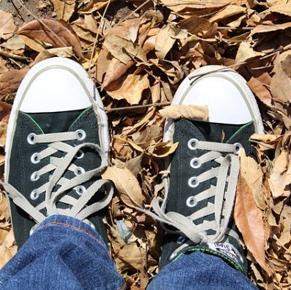 The number of teenage boys getting surgery for overgrown breast tissue – gynaecomastia – is on the rise. Gynaecomastia is not a new problem in men, but the increase in young men being treated for it overseas is quite astounding. In 2006 in the United States (according to numbers from the American Society of Plastic Surgeons – not Australian data), almost 14,000 teenage boys aged between 13 and 19 underwent surgery to reduce their breast size. Out of the group of male patients who had surgery in America that year, it amounted to 70 per cent.

That is an increase of 21 per cent over the previous year for that age group, and that number in 2006 is equal to the total number of men undergoing gynaecomastia surgery just two years prior. This is a marked increase in surgeries.

Everyone is getting more body conscious, including boys, who are seeking to look more muscular and chiseled, but this isn’t the whole story – these boys are getting the surgery out of a sense of body shame, but the reason for this is multifaceted. Obesity is a major driver of breast tissue development in males, since fat cells convert testosterone to oestrogen and fat makes breasts. The more fat one has, the more oestrogen we produce. This works favourably in women in terms of fertility outcomes, for the most part, but tends to work against men, causing an increase in female characteristics and a drop in testosterone.

Enlarged breasts in boys – is it normal?
Enlarged breast tissue can be a part of transient hormonal changes for a while during adolescence, but this usually – with normal weight – resolves itself after the final burst of testosterone kicks in. It can be a fine line between actual breast tissue development (including glandular elements) and having a fatty chest, so it’s important to have a proper diagnosis. Breast tissue may be tougher to remove than just fat, but there are options either way.

Teenage boys are not necessarily the best candidates for gynaecomastia surgery prior this final surge of testosterone, though every case is assessed individually. As with anyone under the age of 18, invasive surgery requires waiting periods and possible psychological evaluation. Obesity is a major issue that affects an estimated quarter of Australian teenagers, but another issue that can trigger breast tissue development in teenagers is steroid abuse. Coming off steroids can cause hormonal disruptions that can cause breast tissue development in males that requires specialist help to reset, sometimes without success. In this case, surgery may be appropriate. Teenage boys using steroids is not necessarily that common, but young men are susceptible to the lure of buffing up quick.

Other reasons for increased breast development in teenage boys
An endocrinological work-up is likely to be requested to see what’s going on hormonally – the enlarged breast tissue might pass. The increase in breast tissue could also be a number of other conditions, including low testosterone production, kidney failure, testicular tumours, or even liver disease.

Treatments for gynaecomastia in teenage boys
The first treatment opted for is likely to be ‘let’s wait and see’, however if there is a genuine treatment required, there are a few options depending on the cause of the gynaecomastia. Drug treatments might include oestrogen blockers, the same type given to women with oestrogen-dependent breast cancers. Surgical treatments typically involve gynaecomastia liposuction, but if there is a lot of glandular tissue, other surgeries might be necessary, which look essentially the same as a female breast reduction – including nipple relocation – in women. Glandular tissue isn’t very easy to remove with liposuction, since liposuction is designed for fat, not glands.

Got a teenager who needs gynaecomastia assessment?
Contact us