Teenagers and their moles – how to help prevent more moles developing

Teenagers and their moles – how to help prevent more moles developing 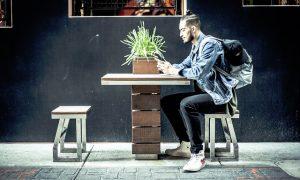 A study has found that the total mole count that 13 and 14-year-olds have may be the single best predictor of who will and won’t develop larger and more moles by age 16 or 17. Previously, researchers didn’t know when we made the most moles, with mole count and size being the single biggest risk factors for skin cancer and melanoma.

This study was conducted using data collected from the NIH-funded Study of Nevi in Children, a study conducted between 2009 and 2014. The larger study examined the development and evolution of moles in children from fifth grade to eleventh grade. The importance of this study is that first, we tend to develop our sun exposure habits during these teenage years, and it is the time that we make the most moles across our lives.

Melanoma in teenage years is extremely rare, but changing moles in teenagers isactually surprisingly common. As adults, we are taught to believe that a changing mole is the most sensitive indicator to detect melanomas, but teenagers’ moles change an incredible amount. To apply adult mole changing standards to teenagers would mean many unnecessary biopsies for perfectly healthy moles.

It is believed that for every 500-1,000 biopsies conducted in younger age groups, just one melanoma is detected. The study goals were to see who is the most likely to develop the most moles (and provide interventions at an even younger age group, in a focused way, based on who needs the most sun protection), and figure out what ‘normal’ changes are in the moles of young people, to reduce unnecessary biopsies.

In the 417 students from an American school (chosen specifically due to its children with a range of skin types and tones), 27 per cent were found to be mole-prone. Inside the mole-prone group, 62 per cent have one mole bigger than 5mm in diameter, 21 per cent had a mole count in the top decile, and 17 per cent shared both characteristics.

The researchers noted that sun behaviour started to change around the eighth grade, with some children and teenagers deliberately tanning. Teenagers who got the most sunburn during the follow-up period correlated with those who ended up having the most moles. More moles are correlated in other studies with skin cancers and melanomas later in life.

The kids who were most likely to have moles were paler-skinned, with the most sun-sensitive kids being more likely to burn and end up with more moles. Not surprising, but confirmed what was already understood.

There were four skin patterns that emerged from the study, and the more patterns present in a child in the eighth grade, and the more complex the pattern, the more likely the child was to end up in the group with the most moles in grade eleven.

What does this teach us?

If you are worried about a mole or a spot on your skin or the skin of your kids that may be skin cancer, you can get a referral to our specialist skin cancer clinic to be evaluated and treated. We are experts in skin cancer.

We deal with skin cancer effectively at our Melbourne clinic.
Contact us