Treating rosacea with laser and light therapies: it works 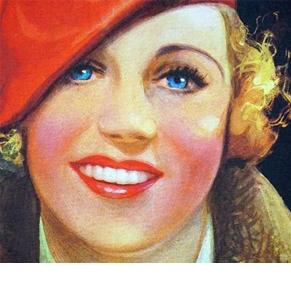 Anyone with rosacea – particularly vascular rosacea – may respond very well to certain laser and light treatments. Heat from a very specific laser beam targets the capillaries that lead to the redness of rosacea. The heat destroys the capillaries, and over several weeks, the body reabsorbs the dead cells and facial redness diminishes. The effects can be immediate, and then improve over the coming weeks.

Those with telangiectasia – clusters of blood vessels – see very good results with these laser treatments. Background redness isn’t as easily treated, and treating flushing isn’t that easy with lasers, but significant improvements have been seen. Intense pulsed light (IPL) is also used for treating rosacea, which works in much the same way as a laser. IPL is broad spectrum, whereas lasers are directed more intensely into one area.

What does the research say?
One study of laser for rosacea was conducted on 12 people using a pulsed dye laser. Just one side of the face was treated, so the other side was used as the control. There was blood-vessel reduction of about 75 per cent, plus a 55 per cent reduction in flushing, and a 50 per cent reduction in redness. This treatment had no effect on papules and pustules.

Things that reduce the effectiveness of IPL treatments
Tanned skin and anyone suffering from anaemia are at risk – less haemoglobin in the blood means the blood vessels are less able to absorb the light. These machines require a target, which certain colours – reds, browns, blacks – provide. (This is why laser hair removal is less effective or not recommended for light skin and light hair. It just doesn’t really work.) Darker skin may not provide the best outcomes either. Anyone taking anticoagulants may need to discuss these treatments with their doctor, since the blood is involved.

How many treatments?
Usually three or more treatments are required at four or six week intervals.

What are the side-effects and recovery?
Some redness and swelling may occur in the first 24-48 hours, and bruising may appear due to the blood vessel degradation, lasting a week or so. Some blood vessels recur, so further treatments may be required.

We can reduce the signs of your rosacea.
Try us.
Contact us