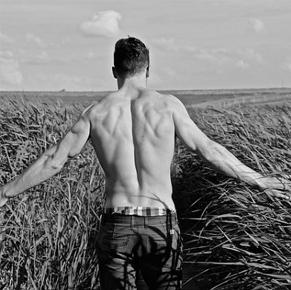 Lipomas are benign soft tissue tumours that appear due to a genetic predisposition for improper fat metabolism, and we can remove them using liposuction.

Lipomas are painless, grow slowly, and can move around a bit. Sometimes there is no treatment necessary for lipomas, but some people find them uncomfortable, they may get infected, or can be displeasing to look at. In these cases, the lipomas can be removed, with liposuction possibly playing a useful role therapeutically, offering quick, safe removal of lipomas in a day-clinic setting.

Melbourne has some of the best liposuction surgeons in Australia, including our very own Dr Michael Rich, a liposuction pioneer. Dr Rich uses the best equipment and techniques for long-lasting fat removal, offering optimal results no matter what the issue.

Because lipomas are fat, liposuction is therefore very well suited to the removal task. Other options for removing lipomas are surgical removal or laser removal. Small lipomas may be cut out directly, but larger lipomas require alternatives, since scarring must be minimised.

Using suction to remove the bulk of the lipoma means incisions are far less, with almost invisible scarring that fades almost completely over time. Liposuction offers those suffering uncomfortable lipomas a cosmetically suitable option for removal.

Liposuction for lipomas is not as common as it might be

This will change over time, since there has been so far excellent results from removing lipomas with liposuction. Lipomas over 4cm are broken down and removed, using a special tumescent anaesthetic liquid, with very few side effects and almost no scarring. Multiple lipomas can be removed using just one incision, which itself is very small.

If the lipoma is suspected of being malignant, liposuction may not be the best treatment, but speak to your liposuction surgeon, Dr Rich, at our Melbourne clinic.

Over a period of about eight years, 48 liposuction-and-excision lipoma removals were performed in 25 people. Out of all of these lipomas, none were found to be malignant. At the follow-up appointment, 18 cases needed small amounts of extra treatment.

Once those touch-ups were complete, the patients were later contacted to see how their cases were going. There were no ongoing complications discovered six-and-a-half years post-treatment, no lipoma had recurred and no new lipomas had appeared. There was no pigmentation issues, scarring or any sign that the site had become malignant. The recurrence rate was thought to be about 1-2 per cent over an indefinite period. This, for as small as the study was, is an excellent result.

How does liposuction work?

Liposuction involves the use of very tiny tubes to break up and suction out fat from anywhere on the body, and can be utilised for a broad range of medical uses. These uses might include removing fluid build-up after cancer treatments, or alternatively reducing male breast tissue in gynaecomastia, and then general cosmetic use for body reshaping.

Talk to our Melbourne clinic today about your lipomas.
Contact us