What are ‘venus dimples’ and should I get some? 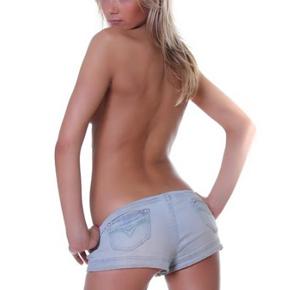 Venus dimples are the two dimple points on the lower backs of both women and men where the pelvic bones connect, which are more prominent on women. Not everyone’s venus dimples are as obvious as others, which is why some women are paying up to AU$10,000 for their very own set of venus dimples.

The treatments are being performed using ultrasonic liposuction, and like all liposuction, can take up to three months to appear after a one or two hour treatment time under local anaesthetic. The natural dimple effect is most obvious on slim women with athletic figures (though even they are not guaranteed a pair), meaning the trend to being more voluptuous puts most women out of the running for having a pair of venus dimples of their own. Young, fit women are the most likely to be sporting venus dimples, but being slim – where you can see the indents – is the most basic requirement. If there is a layer of fat over the connection points, the indent doesn’t appear.

The venus dimples are located where the two pelvic bones connect, with the lower back traditionally being a beautifully curved and revered area of the female form.

The venus dimple procedure is also being called the ‘Barbie back’ procedure, which goes along with the more recent trend for buttocks to be larger and rounder. Apparently there were over 10,000 buttock reshaping procedures performed in the United States in 2016. The buttocks and the lower back work in harmony to create a contoured female body, so if one is out, the other can look unbalanced. Having a lower back that matches the buttocks is an important aesthetic decision.

Using liposuction for the procedure means the entire lower body can be reshaped to get the desired look. Liposuction is now safer than ever, and body contouring is ours for the taking.

Talk to us about your body contouring desires.
Contact us