What is voice augmentation?

What is voice augmentation? 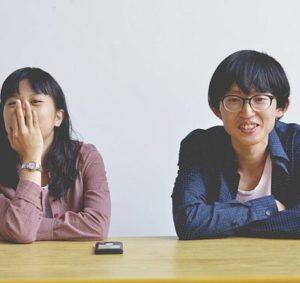 There is a trend emerging in China whereby people are opting for voice augmentation by their cosmetic surgeons to make their voices more or less stereotypically masculine or feminine.

Surgery is traditionally offered to those undergoing gender reassignment surgery or in people born with a voice box irregularity, despite the risk of losing one’s voice altogether. Academics are saying the rise in this type of cosmetic surgery is due to people feeling the pressure to conform to rigid gender roles.

What is voice augmentation surgery?
For people who want a more masculine voice, the surgery entails cutting out a part of the larynx and injections of muscle and nerve relaxant (used for anti-wrinkle injections) into the vocal cords. The muscle relaxant (anti-wrinkle) injections cause the vocal cords to loosen and shorten, causing a deeper voice. Females transitioning to male are often given testosterone therapy, which naturally results in a deeper voice, so this isn’t necessary, but it may be used as an adjunct.

Some different voice augmentation procedures do exist outside of this specific surgery, for example placing a titanium plate between the throat muscles which causes the vocal cords to stretch, or a cut can be made in a vocal cord/it can be altered with laser treatments which can cause scarring and stiffening the vocal cords.

How voice works
Males tend to have larger vocal folds (vocal cords) than females, so at puberty, even before hormones surge, boys will typically develop a deeper voice than girls. The folds stretch horizontally across the larynx (voice box) and as air passes up through the lungs via the larynx, the folds vibrate. This is how the sound of our voice is created.

The size, tension and length of the folds determines the frequency of our voice, which in men is typically about 125 Hz and 210 Hz in women and 300+ Hz in kids.  The higher the Hz, the higher the pitch. High frequencies are faster to hit our ears.

Risks of the surgery include weakening the vocal cords to the point that they cannot come together to cause sound, causing a complete or partial loss of voice. Pneumonia also remains a risk, since opening the vocal cords too much can result in a lack of protection from outside influences directly into the lungs, since the voice box acts as a physical barrier to the lungs.

Please note that ENRICH Clinic does not offer voice augmentation, but we do offer muscle-relaxant anti-wrinkle injections!