What is a migraine lift?

What is a migraine lift? 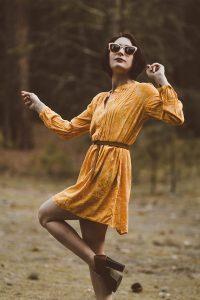 Migraines may be alleviated by performing upper facelift surgery or a brow lift: the ‘migraine lift’. The migraine lift can be effective for severe migraines, both episodic and refractory, and as is common in medicine, was discovered by mistake. Cosmetic doctors were discovering that many facelift surgery and brow lift patients were experiencing fewer migraines, with a bit more investigation revealing certain anatomical structures that were interacting to cause migraines: the supraorbital nerve and the zygomaticotemporal nerve were both released by the procedures, causing some people’s migraines to disappear.

Another accidental discovery for migraines was neuromodulating anti-wrinkle injections, whereby the muscles were relaxed for 3-4 months, but afterwards migraines would reappear. Facelift surgery releases these muscles for good, but neuromodulators can be a less invasive option.

Studies have debunked placebo myths for the migraine lift procedure, with controlled clinical trials demonstrating that the procedure works, remarkably well in fact. One study concluded that five years after facelift surgery or brow lift for migraines, 88 per cent of patients had a positive response, with 29 per cent of those reporting complete relief from migraines. Fifty-nine per cent saw a significant decrease in migraines. The impacts of the surgery have proven lasting, with the positive effects continuing for over a decade.

Most people who experience migraines have tried a number of treatments, with variable results. Taking medication may not be appropriate for all migraine patients, and thus surgery may be a useful, lasting option, even just to reduce the severity or duration of migraines.

If you get migraines, going to visit your Melbourne cosmetic surgeon or dermatologist may not be the first thing that springs to mind. You will need to be seen by a neurologist to be properly diagnosed, if you haven’t already, before seeking out a migraine lift. Only a qualified, experienced cosmetic doctor performs brow lifts and facelift surgery, and you should only have your treatments performed by someone who knows what they are doing.

Trigger points on the head for migraines include the brow, temple, back of the head and inside the nose. Brow lifts are scheduled for those who have migraine origination in the brow area, whereby a specific muscle is modified, or in some cases removed. This modifies your ability to frown.

When migraines originate in the temple area, the zygomaticotemporal nerve is cut, which causes a tiny area of numbness on the scalp.

When the back of the head is the origination area for the migraines, a two-inch cut is made inside the hairline where pressure is released from the occipital nerves by modifying the action of specific muscles. The nerves are then able to travel freely.

When migraine origination is inside the nose, possibly due to a deviated septum or septal spur, a rhinoplasty to correct the septum can reduce or eliminate migraines for that person.

Many people will have more than one trigger area for their migraines, with about 20 per cent having all four origin points active. Multiple locations can be treated in one session, with results immediate.

We are expert cosmetic dermatologists.
Contact our Melbourne clinic