What is familial malignant melanoma?

What is familial malignant melanoma? 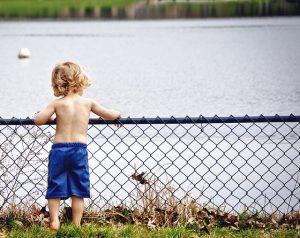 Familial malignant melanoma is the term used to describe families in which two or more immediate family members (parent, sibling, child) have melanoma. Currently around eight per cent of those with newly-diagnosed melanomas have a close relative with melanoma, and up to two per cent have more than two relatives with melanoma.

Melanoma-prone families often have a lot of moles – flat, irregular, asymmetric, differently coloured moles, typically on areas that see the most sun, but these moles can appear anywhere on the body. In mole-prone families, moles must be monitored for changes in size, shape and colour. Families with familial melanomas tend to be diagnosed earlier than the general population: age 30 as opposed to age 50+.

Familial melanoma is a genetic predisposition, passed through families. Two genes have been the most closely linked to familial melanoma – CDKN2A and CDK4. A genetic mutation of one of these two genes makes that person more susceptible to melanoma, though these genes actually don’t account for the majority of cases of familial melanoma, leaving some large gaps in our understanding. Other genes, including the MCIR gene, may also play a role.

How does a gene cause cancer?

The CDKN2A gene is unusual because it affects two different proteins that both do different things. Both the CDKN2A and CDK4 play important functions in dictating how cells divide, which offers us some clues as to why moles can develop into melanomas – cancer is the replication of cancerous cells, instead of normal cells.

Where you live also matters – there are differences in families with mutations whereby those in Europe, North America, and Australia all have different risk factors for melanoma development. This may be due to how much sun they each receive, including from low-ozone areas like Australia. How many moles a person has plus sun exposure both count towards risk.

The MCIR gene alters one’s risk of melanoma in people with and without CDKN2A mutations. MCIR regulates pigment, with variations associated with red hair and freckles.

Some other melanoma-related genetic mutations include a condition known as xeroderma pigmentosum (XP). XP is a rare disorder whereby the gene required for repairing UV-ray induced DNA damage is mutated, resulting in a very high rate of melanomas and other skin cancers. The breast cancer gene, BRCA2, is associated in a slightly increased risk of melanoma too. There are more genes likely to contribute to melanomas that we are yet to identify.

When you visit your skin cancer specialist in Melbourne for your checks, some questions to ask are:

We are skin cancer specialists in Melbourne.
Contact us