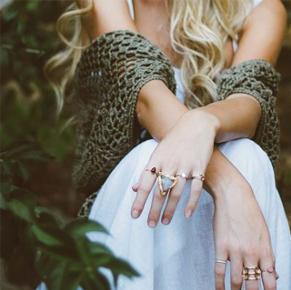 Snoring and sleep apnoea in women is less common than in men, but just as worrisome. Undiagnosed and untreated snoring can easily lead to further problems, like sleep interruptions, feeling tired in the daytime, mood changes, health problems, and general disruptions to wellbeing.

Women seek help for snoring and sleep apnoea less than men, and therefore miss out on very useful sleep studies that can accurately determine what’s going on during sleep. One study found that sleep apnoea – stopping breathing for up to 10 seconds at a time during sleep – was undiagnosed in 90 per cent of the female study participants. Women overall fail to report sleep events like choking or restless sleep, while men tended to.

Once an accurate diagnosis has been made, useful treatments to stop or manage the problem can be delivered.

Snoring is costing us
Snoring and sleep apnoea are a costly business, because health-related costs increase – some studies say up to double that of normal populations. Women’s costs are more again. Women are prescribed anti-depressants three times more frequently than men, and snoring women tend to have more minor illnesses and atypical symptoms. Men with the same snoring severity tend to have more chronic and fatal diseases.

The costs of snoring aren’t just in healthcare bills, but the impact on our psychological and neurological function. Poor-quality sleep causes us to perform poorly at work, have difficulty concentrating, and suffer poorer memory, headaches, bellyaches, and sex problems. This applies across the board in men and women.

Diagnosing women – how it’s going awry
Women who snore and have sleep apnoea tend to present to their doctors with other symptoms that can easily be misinterpreted. These symptoms include fatigue in the daytime, headaches, insomnia, tension, and depression. This means women are being treated for depression and insomnia, but not for snoring or sleep apnoea.

Most studies on snoring and sleep apnoea have been done on men, but half of all middle-aged women snore. Women tend to start snoring later in life, with increases in snoring after menopause, at around 60 to 64 years of age. Women’s snoring is often less loud than men’s, causing fewer issues earlier on in life and not raising the alarm as noisily.

Being overweight matters
Obesity is one of the key factors involved in sleep apnoea in women, with morbid obesity occurring twice as often in women than in men. This extra weight around the neck matters when you are asleep, because gravity forces it onto the throat, encouraging the blockages that cause snoring.

Anatomy
Men have more fat on the soft palate and upper tongue, whereas women tend to collect fat in the lower part of the airway. Men and women who snore tend to have craniofacial anatomy differences compared to non-snorers, and men do have larger airways than women, with their pharynx more prone to collapse. Women’s airways are stiffer, and less likely to collapse (a normal part of the sleep relaxation process).

Other factors include hormones (testosterone, for example, has been found to increase upper airway collapsibility), thyroid issues, and diabetes.

Talk to us about your snoring.
Try our SnoreLESS program.
Contact us