A clear explanation of the tumescent liposuction technique

A clear explanation of the tumescent liposuction technique 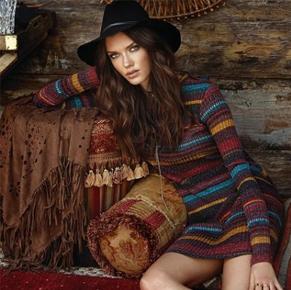 Liposuction is the act of sucking out fat from the body, with the word lipo being related to fat. When the tumescent technique is used, the surgeon injects a substance into the treatment area that causes it to become tumescent: swollen and firm. This firmness allows for far greater accuracy and less rippling of the skin later on, and the special anaesthetic liquid injected reduces bleeding, bruising, and post-op soreness.

In a nutshell, the tumescent technique produces excellent liposuction results with reduced risks.

What the technique entails

Drawing the lines: A marker is used to mark out the treatment areas on the skin, with straight lines that radiate out from the incision points. This grid means the liquid anaesthetic that is used (the special fluid) is spread evenly to ensure even results. The treatment may be done with local or general anaesthetic, which will depend on your surgeon’s decision and your needs.

Fill ‘er up: The syringe is filled with the tumescent anaesthetic fluid, and inserted into the skin, down through the fat layers, creating a tunnel. As the syringe is drawn back out, deposits of anaesthetic fluid are left at regular intervals. This might sound painful, but discomfort is surprisingly minimal, though particularly sensitive areas are the upper abdomen, upper-outer thighs, and the area around the belly button.

The extensive fluid causing the tumescence means these compartments are well-defined and firm. This magnifies the fatty compartment without distorting it. This means the tumescent liposuction treatment permits a more accurate and uniform result.

Liposuction: The tunnel created will be used to suck the fat out, with this procedure being done in sections: liposuction is performed on one ‘compartment’, before beginning treatment on another area. This minimises absorption of the fluid into tissues, helping to keep the technique safer.

Then it’s all over: Once the treatment has been completed, the small incisions are sutured with non-dissolvable nylon. An elastic support garment is used postoperatively, with your surgeon explaining how long you will need pressure garments for your particular circumstances.

The tumescent liposuction technique allows large volumes of almost-bloodless fat to be removed from the body in a much safer way than previous techniques. It’s also faster than traditional liposuction techniques. The reason for less bleeding is the anaesthetic tumescent fluid injected – by its very nature it constricts blood vessels, making the whole procedure very light on bleeding.

Book a liposuction consultation with Dr Rich today.
He’s one of the best.
Contact us

Men and women: don’t wait to get help for hair loss

Hair loss in any person needs immediate attention if you want to address the root cause – and preserve your hair.

Knowing what’s good for your skin in your 20s versus what you should save for later can be tricky.

Looking after your skin after lockdown

Skin feeling dull after lockdowns? We have a handful of treatments to get you back into the swing of things.