Melasma is a common skin condition which causes an increase in pigmentation on the face. It is usually seen in women and is so common during pregnancy that it is known as ‘the mask of pregnancy’, however, about 10 per cent of cases occur in men.

Because treating melasma can be intricate, treatments for melasma often require a commitment to participate in a prolonged treatment program. Furthermore, should any redness, flaking, irritation, or darkening of the pigment occur from any of the prescribed treatments, the treating doctor needs to be advised and the treatment ceased or modified.

Contact us to arrange an appointment to discuss the treatment options available for melasma.

Melasma treatments at our Melbourne clinic

Melasma treatment tends to present some difficulties, since the wrong treatment can actually make the melasma worse. We call this ‘rebound pigmentation’, and it’s even darker than the first round.

With proper sun protection, melasma can fade on its own, especially when the trigger – pregnancy, birth control – is removed.

We might treat blood vessels around the area, since blood vessels can release mediators that make melasma worse. Any melasma treatment is going to take time and be a long-term plan, rather than a short-term fix – when it comes to melasma, there is unfortunately no such thing.

Other side effects from melasma treatment could be redness, flaking or irritation. If this occurs from any treatments for melasma, you must advise your doctor immediately.

Pigment always originates in the epidermis, which means that dermal melasma can be halted by treating the epidermis.

Hiding melasma may – at times – be your only salvation. We have a few excellent solutions to hiding your melasma patches if they bother you.

Sunscreen is your new best friend, so use it generously and religiously, even if you think you will be inside all day. Don’t forget that some clothing is more porous than you might think, so use densely woven threads that actually block all sun. Preventing an outbreak or preventing an outbreak from worsening is your first port of call in managing melasma.

Consider all the places you go to in a day that could cause a problem – a big office window, driving to work, sunglass arms, belts. Foresee issues ahead of time and plan your day. You’ll get better at this once you see that it gives you results, so figure out what your triggers are – because they exist. Melasma does not exist is a vacuum.

There are some excellent second skin products available now that seamlessly fit over your real skin without a trace. An Australian company set up by a make-up artist has set up an iPhone app whereby you can test your skin colour via camera to get exactly the right tone. The results are pretty impressive. You can find out more here.

Hollywood comes to the rescue – theatre and film make-up is very useful and designed to cover all manner of blemishes. Head to your local or online retailer of quality theatre-quality make-up and see what they have available. Call them to discuss your needs – they will have recommendations. It’s not cheap, but it’s incredibly effective.

If you are into make-up and understand colour, you will know that opposite colours on the colour wheel cancel each other out. This means that any blemish you have on your face has an ‘opposite’ colour that cancels it out to the human eye. Our eyes do not see everything, so doing some crafty colour work with good quality make-up can work extraordinarily well.

If you’ve just had your first outbreak of melasma, make an appointment with a specialist dermatologist at ENRICH in Armadale, Melbourne, for an appointment to analyse your skin condition. If we understand what has triggered your melasma, we can help solve it sooner rather than later. A good treatment plan with a practitioner you trust is at least half the problem solved.

One of the main problems with melanin is that once it is excreted from the cell, it is there for a while until it fades. This is just the nature of pigment – it’s a malingerer.

Melasma doesn’t have standard treatment guidelines, is often a hit and miss type affair with dermatologists, with patients dropping out of failing treatments. This is why at ENRICH, we will be your partner in melasma for as long as you have the melasma, working with you to establish the triggers of your condition and what your skin responds best to. Having a partner in melasma is helpful from a practical and emotional standpoint; having facial discolouration can be frightening and distressing, but knowing you have a professional on your side with the best of technology and the most up-to-date research on melasma at their fingertips can be more than reassuring. Don’t get lost at sea with melasma.

Let us be your melasma partner. Contact us to arrange an appointment at our Melbourne clinic to discuss the treatment options available for melasma. 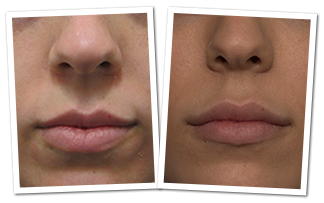 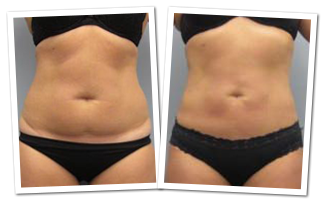 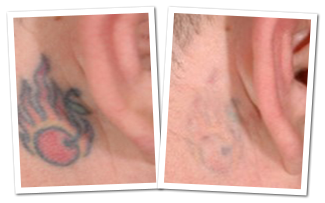 Melasma – we think – has a large genetic component. People with more melanin in their skin tend to get more melasma by default – they have more melanocytes. We could assume that whatever the process is that causes this may still exist in those with less melanocytes, but we just can’t see it.

Melasma is more common in fertile-aged women (90 per cent of cases) and those with darker skin tones. Any country or city that has a lot of sunshine will see more cases of melasma popping up, since sun is a trigger.

Melasma is the result of melanocytes (our melanin, or pigment, producing cells) produce too much pigment. Anyone with another family member with melasma is more likely to get it.

The trigger for melanin to be produced by a melanocyte is UV rays. This means the sun is the major trigger for melasma, and even just a tiny bit of sun can cause melasma in some people. It can also recur after it has faded away. Melasma is thus worse in the summer months.

Hormones also play a role in melasma, with pregnancy, oral contraceptives and hormone replacements being possible triggers. Any ovarian or thyroid dysfunction can also cause an outbreak.

Skin irritation can also be a melasma trigger – for example the use of creams, light or wave-based therapies (like laser), or waxing causing a worsening or triggering an initial event.

Melasma typically appears on the forehead, nose, cheeks and upper lip. The pigmentation patches are brown or greyish. Melasma doesn’t hurt, but it is very visible – this means it can cause distress when it suddenly appears at just the wrong moment.

Melasma comes in many formations, so correct diagnosis is really important. This is going to mean tests, including our special lamp. A biopsy may need to be performed to rule out another condition. (Don’t worry – it doesn’t hurt!)