Is your orgasm problem actually a vaginal or vulvar tissue problem?

Is your orgasm problem actually a vaginal or vulvar tissue problem? 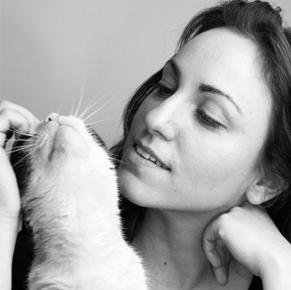 Orgasmic dysfunction in women is not well-understood, nor is it oft discussed. Almost by mistake, lasers and radio frequency treatments are now paving the way for better and more orgasms for women. Vaginal treatments with lasers and other beam- and light-based contraptions are fundamentally changing the way vaginal and vulvar tissue is treated by medicine. Finally, we can actually do something about it.

Women having trouble orgasming – ‘orgasmic dysfunction’ – has its roots in several areas. There are a handful of medical causes for orgasm troubles, with one in particular being the state of the vagina and vulvar. This is just not discussed, except as it pertains to vaginal laxity after childbirth. There hasn’t been a lot you can do about a stretched-out vagina except try to push through your Kegels and if it was really bad, possibly surgical intervention.

It probably wouldn’t occur to any woman that her vagina or vulvar was ‘underperforming’ and was causing her orgasm issues. These orgasm issues might look like taking a long time to reach orgasm, previously easily orgasming then not being able to, or not orgasming at all or infrequently.

The research into laser and RF treatments and female orgasm – it works!

TTCRF, a thermal radiofrequency treatment, was analysed in a 2016 study specifically as it related to the female orgasm. Researchers took 25 sexually active women (aged 21-65) who reported having difficulty orgasming during sex. That is, it either took ages or just didn’t happen at all.

Each woman was given three TTCRF sessions with about a month between. The treatment time was 25 minutes on average, with external treatments covering the whole vulva, which includes both sets of labia, perineum, mons pubis, clitoral glans (little clitoral nub) and the clitoral hood. The full vaginal length was also treated, with a focus on the top wall where the elusive g-spot exists (this area is thought to actually be where the large, leggy clitoral structures that reach deep inside are stimulated via the vagina).

After treatments, all the women were asked to resume normal sexual activities. When brought back in to be quizzed, the results were impressive. Twenty-three out of the 25 women reported reaching orgasm an average of 50 per cent faster. All patients noted significant vaginal tightening, increased vaginal moisture, and improved sensitivity of the labia and clitoris.

All the women who had previously said they couldn’t achieve orgasms, did indeed orgasm. This treatment is a non-hormonal, non-surgical option for women having problems orgasming.