The risks of using vitamin E as a dermal filler

The risks of using vitamin E as a dermal filler 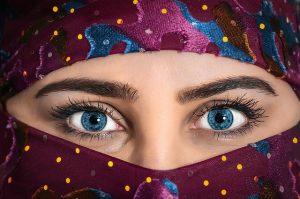 People have had liquid vitamin E supplements injected into lips at cosmetic centres by untrained practitioners, with unfortunate results. Avoid!

Vitamin E is sometimes used as a lip filler in place of a regular (safe) dermal filler, with some complications. Complications of any dermal filler or lip filler may include swelling, allergies and contact dermatitis, but vitamin E has not got a very good track record as a dermal filler and you should avoid these injections.

We have seen a huge increase in demand for cosmetic procedures over the last few decades, with dermal fillers being one of the most popular treatments, and lip fillers really taking off. There are many different types of dermal filler on the market, with many under-qualified people injecting them. The case studies presented had their vitamin E injections performed by unqualified people, indicating that the injector played a major role in the malpractice, as opposed to vitamin E being the villain.

Some injected substances are not approved or registered, and can cause unwanted negative effects when used in the skin, like vitamin E. Inflammation caused by irritants can cause scar tissue to form, deforming the lips over time, and making them hard, while causing significant discomfort – swelling, itching, redness and pain.

The first case involves a young woman who appeared in a clinic almost two weeks after having vitamin E injected into her lips, with the oil extracted from yellow gel caps and injected by an unqualified person at a beautician. The immediate response to the vitamin E injection was swelling, which continued for more than a week, despite her not being in any pain. When the doctor examined her, the lips were swollen, red and firm.

The patient was treated with oral corticosteroids and antibiotics, which over a period of months, solved the problem without further inflammation.

Another woman visited a doctor two months after vitamin E injections into the lips, with the same beautician (not in Melbourne or Australia) responsible. The 31-year-old had swollen lips and face around the mouth and neck, with difficulty opening her mouth. She also experienced itching, burning and fever. This patient was treated with steroid injections into the lips, with good results, however two weeks after her injections finished, swelling recurred, extending to the neck. The lips were hard, swollen, blue-tinged, red and tender.

When the lip was biopsied, round oil droplets were removed, leaving empty spaces where inflammation had carved out the insides of the lips, leaving a Swiss cheese appearance. Treatment was ongoing with steroids and antibiotics.

A third case involves a teenage girl who had vitamin E injected into her lips, with instant swelling and redness. A week later, her lips and cheeks were still swollen and red. Initial treatment included antihistamines, antibiotics and topical steroid cream. This 16-year-old was one of the lucky ones, and her lips completely recovered.

Complications of injecting oils into the body

The injecting of oils into the body was kicked off in 1899 by an Austrian surgeon who filled in a man’s scrotum, due to a missing testicle, with Vaseline (a form of mineral oil). Problems with injecting oils were recorded as early as 1906, when paraffin (kerosene) injections were used to alleviate facial wrinkles. Serious complaints have been levelled at injecting oils into skin, particularly with untrained injectors – the oil itself is largely not the problem, but instead incorrect application of the injections, which come into contact with the wrong tissue.

We are expert cosmetic dermatologists and we use high-quality dermal fillers.
Contact our Melbourne clinic