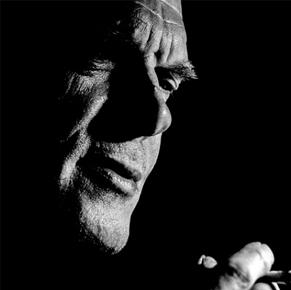 It’s true that men snore more than women, but why is this so? It is believed that about a third of men snore, while only a fifth of women snore.

One theory is that men’s voice boxes are typically lower in the throat than women’s, thus creating a larger space. If a man’s tongue falls back into that space during sleep, it can block part of the airway, creating a snore. Men have more fat on the soft palate and upper tongue, contributing to the issue.

Men are also more prone to sleep apnoea and shallow breathing (hypopnoea) than women, accounting for almost 85 per cent of cases. That brings us to another theory: pharyngeal mechanics. The theory goes that men have much larger pharynges (the area that connects the back of our mouths/throats to the oesophagus) than women, creating a much larger difference in lying-down-versus-standing-up airway size. Airway size decreases with age in both sexes, but men have what’s known as more ‘upper airway collapsibility’, ergo men have a greater propensity for snoring.

As you can see, snoring can be a natural occurrence due to normal variations in airway size and collapsibility, but that’s not all there is to it. Snoring can also be due to several other conditions, including sleep apnoea, where a person stops breathing during sleep for periods. These conditions should be ruled out using sleep studies.

Men’s snoring – why else?

Being overweight
Snoring can be due to being overweight, which tends to happen more as we age. Men also tend to have more fat around the neck compared to the rest of the body, in comparison to women.

Smoking
Use of smoking tobacco (not necessarily nicotine by itself, used in vaping and patches) can cause inflamed and poorly-functioning airways, resulting in snoring.

Alcohol and sedative drugs
Knocking yourself out before bed may seem like a good idea, particularly if you suffer insomnia, but these medicinal tricks can also be responsible for snoring, due to the relaxation of tissues beyond what might normally occur.

Dealing with a snoring man
If you happen to sleep next to a man who snores, you probably already have strategies worked out for dealing with it, such as pushing him onto his side or even sleeping in another room. These aren’t really solutions to the problem, however, which may need greater intervention to save your sleep and mood. If snoring regularly wakes you (and not him!) then it’s time for more serious action.

We can help cure snoring for good with non-invasive techniques.
Try our SnoreLESS program.
Contact us