What to do about early signs of rosacea

What to do about early signs of rosacea 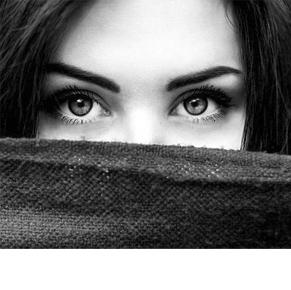 Rosacea starts off as it ends: with facial redness of a greater or lesser degree. There are variances in the condition like papules and inflammation, but the one consistent feature is redness of the face.

The first thing that happens is blushing and flushing easily, which can be associated with other feelings – if you are starting to blush more easily, it could feel like you are becoming more sensitive to embarrassment. This isn’t always true, but in many people, they are very much connected.

The triggers might be spicy food, high temperatures, sunbaking, or a hot shower.

Soon, the centre of the face can become a deeper red, and then not return to its normal colour.  Small bumps may appear with little pimple-like heads. Blood vessels may become more visible.

Rosacea is caused by the blood vessels in the skin being overactive, causing redness on the cheeks, chin, nose, and forehead. The little bumps appear as the blood vessels leak inflammatory cells into the skin. The skin then reacts with the bumps.

Rosacea typically appears between the ages of 30 and 50, and more women have rosacea than men. Men may get rosacea more severely than women, and may develop rhinophyma – a lumpy bumpy red nose condition.

Pale-skinned people are believed to develop rosacea more than other skin tones, but this might just be because we can see it more easily. Rosacea may be genetic.

Keep a diary of symptoms to track flare-ups, and identify triggers then avoid them. See a dermatologist for early treatments  – severe rosacea can be debilitating since it is your face that is affected. You can’t hide it, and there is no cure.

Treatments may include topical antibiotics or oral antibiotics, but don’t use over-the-counter treatments designed for acne – they can aggravate rosacea. We can also use wave-based treatments, like radiofrequency, IPL, and lasers, to shrink the blood vessels in the top layers of your face to prevent them from creeping towards the surface. You may be prescribed redness treatments and creams, or other medications.

Avoid getting sunburnt or too much sun.

Redness is counteracted by green, so use make-up with a green base.

Think you may be developing rosacea?
We can help.
Contact us