What are Smartlipo and SlimLipo laser liposuction?

What are Smartlipo and SlimLipo laser liposuction? 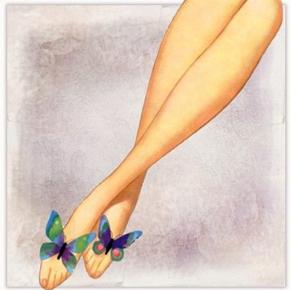 LAL the fat cells are delivered targeted heat that damages the cell to the point that the wall that holds a fat cell together (the membrane) disintegrates. The liquid contents is then suctioned out, with the whole liposuction treatment in Melbourne using the tumescent technique.

Smartlipo uses heat delivered through a fibre-optic laser tool that heats fat cells to 39 degrees Celsius – the exact temperature at which a fat cell bursts. The tumescent technique is used throughout the surgery, and once the fat cells are ruptured, the fat cells are suctioned out safely.

SlimLipo stands for Selective Laser Induced Melting, and that simply refers to the laser being set to a specific frequency that bursts the fat cell using directed heat energy. They call the fat cell bursting ‘melting’ because it is a useful mental image, though not an accurate one.

NOTE: At ENRICH, we prefer to use the tumescent liposuction technique because it is reliable, consistent and gives excellent, smooth results. We do not offer laser liposuction using the SmartLipo device. This page is offered for information only.

How tumescent liposuction works
Tumescent liposuction – what most liposuction practitioners are using and what happens after the fat cells are liquefied – works by first inserting a special anaesthetic liquid that stems bleeding, numbs the whole area, and then selectively sucking the fat out for smooth results.

Your surgeon matters when it comes to any form of liposuction
There are some key issues with smart lipo, including inconsistent results, but more importantly, inexperienced practitioners. Tumescent liposuction is the gold standard in liposuction techniques to which everything else is compared, with or without the addition of the laser – it’s all more or less the same.

Your surgeon really matters when it comes to body sculpting, so choosing someone who is completely at home with their craft, tools and equipment is critical for excellent results.

It’s not the equipment; it’s the surgeon. Choose wisely.

Want to reshape your body?
We have the best surgeons in Melbourne.
Contact us