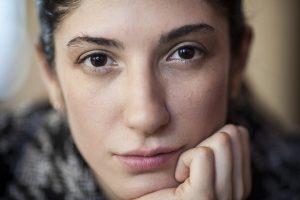 Lip filler is being used to help people with facial paralysis have a significantly improved experience with talking, eating, and facial movement. Anyone experiencing facial paralysis has issues eating and speaking, so having some options for adjusting this is a welcome development.

A small study by researchers at the John Hopkins and Stanford Universities examined lip filler as an aid for strengthening lips in these difficult-to-manage cases. Conditions that can cause either partial or full facial paralysis include Bell’s palsy, stroke, muscular dystrophy, trauma (like an accident), or anatomical abnormalities that are present from birth.

When a person has no lip control, or partial lip control, they can encounter issues that may cause significant embarrassment, like drooling, or problems eating and drinking. They may also struggle forming words that require complete closure of the lips, such as those that contain b’s and p’s. The psychological impact of these issues is vast, with an increased sense of self-consciousness that can result in people tending to avoid social interactionsand avoid conversation, reducing opportunities for human connection.

The role of a common, effective, safe lip filler has been investigated for improving the function of facial tissue. One of the researchers at the university stumbled across this after injecting a patient who had undiagnosed muscular dystrophy. Her face was weak and speech was difficult. After the injections into her lips, the effects were immediate – her face appeared stronger, and articulation markedly improved.

Injecting the lips with lip filler acts like a plant filling its stem with water – it works as a structural support, toning the tissue around the muscle. The dermal filler substance used is known as a collagen stimulator, and is naturally found in human tissue, acting as a hydrator and nutrient transporter – this substance holds a thousand times its weight in water. This dermal filler improves the tissue it is injected into, and has become one of our most effective cosmetic tools.

The procedure developed during the study was performed on 22 patients (14 women and eight men) who had facial paralysis on one side of the mouth, with three patients with muscular dystrophy who had lost control of both sides of their mouths.

A test was conducted first to measure lip tone, whereby the participants placed their lips around an instrument that measured pressure, taking readings from the left, middle and right sides. Another test identified the weakest areas using a blow test with pursed lips, using the areas that the air escaped as the target areas for the lip filler injections.

The findings, researchers say, were striking – the greatest improvements were seen in the three muscular dystrophy patients, with an increase in lip strength six- to seven-fold over original readings. For those who had lost control of one side of the mouth, lip strength increased an average of 1.4-fold on the paralysed side and 0.4-fold on the other side.

When figuring out how these improvements mattered in daily life, a speech therapist performed a before-and-after check of speaking and eating abilities. All 25 patients showed marked improvements. There are now plans underway for another study on 100 people. There are also plans to trial longer-lasting treatments like fat grafting, including on people who are recovering from surgery who would eventually recover all movement but required a temporary treatment.

When used cosmetically, lip fillers last about a year and are quick to perform, making lip filler a sound choice in helping people with facial paralysis to use their mouths more effectively.

This treatment is being trialled in the United States, and is therefore not a standard treatment performed on facial paralysis patients at our Melbourne cosmetic clinic. If you would like to make an appointment to discuss your needs, however, you can contact our Melbourne clinic.