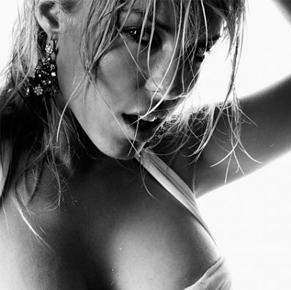 Breast augmentation is up by a whopping 72 per cent on the prior year, labiaplasty is a growing area of surgery, and facelifts were listed as one of the top five cosmetic surgeries performed in 2016.

The annual statistics of the American Society of Plastic Surgeons (ASPS) have revealed emerging trends in cosmetic dermatology and surgery. In the United States, over 17.1 million cosmetic procedures (non-invasive and surgical) were performed, which is up three per cent on 2015. (These are not Australian or Melbourne numbers, since surgeons are not required to log their private, elective cosmetic procedures.)

The rise of fat injections

Fat injections are gaining traction as a safe and effective form of filler or implant that lasts longer than regular fillers, but feels like real flesh – because it is. It is also far less prone to allergic reactions, since it is the patient’s own tissue. Fat is taken from one area of the body, put through a special process, then reinjected in a very specific, layered procedure to get even results.

These minimally invasive fat injections increase 13 per cent from 2015 to 2016, with fat grafting for buttock augmentation increasing 26 per cent, and fat transfers to the breast increasing 72 per cent.

Facelifts have lost two per cent traction since 2000, but they are up four per cent from 2015 numbers. Dermatologists suggest that while there have been incredible improvements in fillers and anti-wrinkle injections, the facelift is regaining some popularity because these fillers and anti-wrinkle injections cannot do the job of a facelift. Natural-looking results are now the norm.

Additionally, fillers and anti-wrinkle injections are being done far earlier in younger people, which can later lead to a greater level of comfort in cosmetic procedures, thus a facelift not seeming quite as much of a big deal as it might once have seemed.

When it came to breast implants, 84 per cent of surgeon’s used silicone implants and 16 per cent used saline implants. Labiaplasty has increased a whopping 39 per cent compared to 2015, with all surgeons reporting 12,000 labiaplasty operations in 2016.

Lip reductions are an unexpected up-and-coming ‘superstar’ of cosmetic procedures, rising 283 per cent in 2016 compared to 2015.

Talk to our Melbourne clinic about your skin – we are expert cosmetic dermatologists.
Contact us