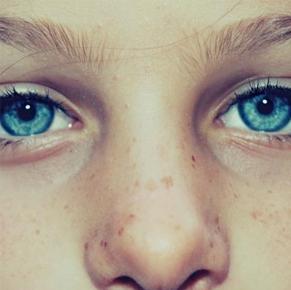 A lentigo is a flat or slightly raised spot on the skin, looking much like a freckle or sunspot, that doesn’t fade during winter. It is a pigmented area of the skin that resembles a small lentil, hence the name. They can be called lentigines or lentigos, and we can remove them using pigmentation-removal treatments.

Lentigines are different to freckles (called ephelis), because there are an increased number of melanin-producing cells in a lentigo, instead of the increase in melanin in a freckle. The result is typically the same, however – brown pigmentation on the skin.

Why do I have lentigines?
Anyone can get lentigines, though fair-skinned adults are very likely to have sun-induced lentigo. There are some conditions present at birth that result in lentigo, though these are uncommon.

Lentigo simplex
This form of lentigines appears during childhood and early adult life, usually found on the abdomen and arms and legs, and may appear, then disappear. These lentigines are small, brown, and round or jagged at the edges.

Solar lentigo
Solar lentigo often appear before seborrhoeic keratosis, and are found on sun-exposed sites of the body – arms, legs, face. They can appear after sunburn on the shoulders, and are yellow, light or dark brown, and can be irregular or regular in shape. The outline may appear ‘moth eaten’, and these lentigines can grow to be as big as several centimetres in diameter.

Ink spot lentigo
As the name suggests, these lentigines look very dark, like a very small dark brown or black ink splotch on the skin. They are usually far less numerous than other types of lentigines, often follow sunburn in light-skinned people.

Melanotic macules
These are found around certain skin types on the body, such as lips, the penis, anus, and vulva. They are light or dark brown.

Treating lentigines, brown sun spots, and freckles
To lighten or completely remove pigmentation from the skin, we use a variety of measures. Which is appropriate for you, only your dermatologist can say, since everyone is different. Not all pigmentation can be completely removed in some people, but we can definitely make a dent in it at worst.

We can help reduce brown spots on your skin.
Contact us