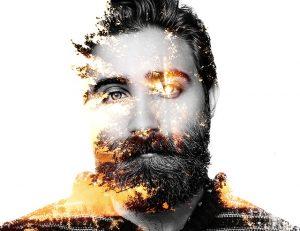 Picosecond lasers are a major breakthrough in laser tattoo removal – we can now clear tattoos in half the treatments with less pain, in any colour, on any skin tone.

Laser tattoo removal has moved on from broad laser devices that are not selective, like carbon dioxide and continuous wave lasers. We now use picosecond lasers that are even better than selective Q-switched lasers, that work not in nanoseconds, but picoseconds. Picosecond lasers deliver a pulse that is just a trillionth of a second, achieving scarless, targeted laser tattoo removal.

These picosecond lasers emit high-powered pulses in picoseconds, triggering acoustic waves to form that have photomechanical effects, rather than the purely photothermal effects of other lasers. These pulses bust up tattoo ink particles into tiny pieces, which can then be scavenged by your body’s normal elimination systems: macrophages. Your lymphatic system then disposes of the pigment particles, and you can kiss your tattoo goodbye.

Picosecond lasers provide near complete clearance of professional tattoos over a number of treatments, but just how many sessions and how long it will take really does vary. There is no one-size-fits-all unfortunately, so cost and time investments vary, though you could reasonably expect 75 per cent tattoo removal after a few sessions. Large or very colourful tattoos will take longer.

The PiQ04 features revolutionary picosecond technology and is approved for laser tattoo removal, amongst other skin issues like pigmentation. Picosecond lasers were first developed in the 1980s, with lasers that pulsed at a millionth of a millionth of a second, allowing extremely short pulse durations with very high peak power that can focus energy onto a small volume of space. This quickly ablates material from the skin’s surface quickly and cleanly, with no damage to other areas of the skin. This means their use is specialised for those tasks that require this, including some eye surgery and removal of pigmentation.

We needed improvements in lasers in laser tattoo removal to break up the pigments quickly and cleanly, but because tattoo ink particles are already very small, the shortest pulse is required to break them up sufficiently. The mechanical – acoustic – effect breaks up the pigment, but the thermal effect boosts this impact without causing thermal damage to skin, unlike other lasers. The pigment sees the impact of the heat generated in the energy exchange, rather than tissue.

Tattoos on dark skin also respond very well to the picosecond laser, which has been an issue with previous lasers that can’t differentiate between pigment and melanin.

A picosecond laser tattoo removal study found that 75 per cent of tattoos were removed in 2-4 sessions, with patients reporting low to moderate pain. All 12 patients were very satisfied with their treatments, with minimal downtime due to swelling and blistering/crusting. These side-effects are the same as for other lasers used in laser tattoo removal. Laser tattoo removal was achieved in half the time, including all coloured inks (except white) which have historically been problematic to remove (yellow, orange, purple, blue, green).

We now have our first picosecond laser, the master of laser tattoo removal, at our Melbourne clinic, with our PiQ04 laser one of just three in Australia.