How rosacea and migraines are connected

How rosacea and migraines are connected 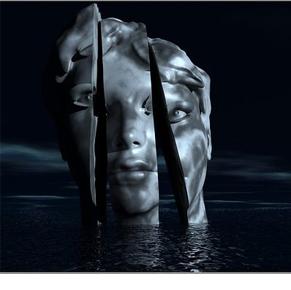 A form of rosacea and migraine headaches have been linked together, more so for women and older people than other groups. A paper published in the Journal of the American Academy of Dermatology (2017) found a link between neurogenic rosacea and recurrent headaches that are classified as migraines.

These typically overlap in real-life rosacea patients, so no one patient has just one variant (usually). Rosacea is characterised by redness and flushing, blood vessel collections, papules, pustules and cysts, with the possibility of rhinophyma. Autoimmune disease has recently been linked with rosacea, for example diabetes, rheumatoid arthritis, multiple sclerosis, dementia and Parkinson’s disease.

Neurogenic rosacea is rosacea flushing with a sensation of burning of the face and chest. Those with neurogenic rosacea have been found to have higher incidences of migraines, with ‘migraine’ meaning recurrent severe headaches and nausea, triggered by light or sound.

The research project revealed that the prevalence of migraines was higher in the rosacea group (12.1 per cent) versus the general population (7.3 per cent). Those with ocular rosacea had the strongest correlation with migraine, with a 69 per cent increased incidence than rosacea-free controls. There is no association between phymatous rosacea and migraines, and rosacea correlated more strongly in women and older people (50 or over) with migraines.

What does this mean?
There is no cause-and-effect found here; it just shows us that there are links between some forms of rosacea and migraine headaches. This link is likely to be quite individual, and we cannot use this information as anything but noteworthy. Triggers for the migraines may be triggers for the rosacea or vice versa.

If you are getting migraine headaches, you will need a medical professional other than a dermatologist to help get them under control, however a skilled dermatologist can help you with the symptoms of rosacea.