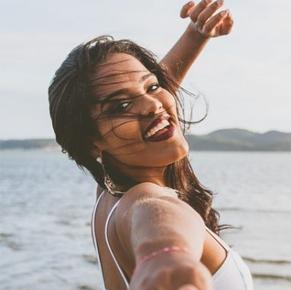 Having urinary incontinence, or a lax, dry vagina can be improved significantly with non-invasive radiofrequency and laser treatments.

Treating your vagina in a meaningful way has never before been so easy, fast, and painless. In fact, treating your vagina at all has been an historical impossibility – it’s only in the last decade that lasers have been designed with vaginas in mind, and they are now being perfected. These radiofrequency treatments present the latest and greatest incarnation of vaginal, vulvar and urinary tissue improvements. That huge gap in real vaginal solutions is now being filled.

The ThermiVa is one of several new treatments available that specifically target vaginal and vulvar tissue. That is, tightening the vaginal canal, improving urinary tissue, and lifting and improving the appearance of the outer areas – the labia, clitoris and perineal areas. This is not about vanity; it’s about function.

The science – does this really work? (Spoiler alert: yes)

A 2015 study looked into the ThermiRF radiofrequency device to see if it actually works or not. And, the good news is, it works!

It was said to be ‘safe, tolerable and effective’, and researcher Dr Red Alinsod said that ‘evidence strongly suggests a positive outcome in the treatment of atrophic vaginitis, orgasmic dysfunction, stress incontinence and prolapse of the bladder or rectum with ThermiVa’.

Twenty-three patients underwent ThermiVa treatments, and after just one treatment, vulvovaginal laxity improved significantly, and continued to improve after the third and final treatment.

There were notable improvements in:

Five women nearing or entering menopause (perimenopausal) and five postmenopausal women complained of a dry vagina prior to treatments, and all were able to eliminate the need for lubricants and vaginal oestrogens post-treatment.

Six women were having difficulty achieving orgasm, and all reported that their time to orgasm was significantly shortened.

What the women thought of the treatment and outcomes

All patients were happy or very happy with the treatment and results, and would undergo it again and recommend the treatment to others. The women noted there was some visible and noticeable tightening immediately after the first treatment, but the full outcomes do take a few weeks to manifest, as the cells regenerate.

The process was described as ‘pleasant and comfortable’. There were no burns, blisters or major complications during or after treatments. All patients were able to resume sexual activity as normal immediately after treatment.

Treatment maintenance is typically required once or twice per year, particularly post menopause.

The ThermiVa has remarkable results, high patient satisfaction, and virtually no risk, downtime or discomfort.
Try our vaginal rejuvenation program.