How our faces evolve with our gender 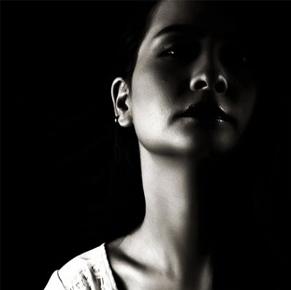 Our features run the full gamut in humans from being very obvious to ambiguous, so a man may have a very feminine face, or a woman may have a very masculine face or anything in between. It’s not set in concrete, but certain features tend to dominate each gender.

The elements that make our faces unique come from the characteristics of our gender, age, ethnic background, and the genes that got passed on from our family. When we look at male and female faces, and the extremes in features that they both present to us, we see some clear features.

The head and facial structure
The first thing we notice between the male and female face is often the jaw. Men – at the most extreme end – have a very square jaw, compared to the ultra feminine soft, curvy jawline of women. This difference is not only seen in humans, but other animals like cats.

Men’s facial structures tend to be sharper than women’s; the brow protrudes more in men and the chin is more prominent. The head in women is smaller than in men, with women having a more slender neck. Men are hairier, have lower, thicker eyebrows, and thinner lips – but a wider mouth. Women have thinner, neater eyebrows, and thicker lips with greater contrast in colours. The eyelashes of women are longer and more visible than men’s, even without mascara.

How we are proportioned
In both men and women, our body parts are balanced but not in exactly the same way, with our feet and hands being proportional to our heads, for example. In men, the proportions of the hand and foot to the face mean that the sole and palm are half the width of the face, whereas in women the width is about the same, but the foot is just longer than the face is higher, with the hand sitting at about three-quarters of the height.

This balancing act is what aesthetics tends to be centred around: creating harmony in features.