The role of SIBO (if any) in rosacea 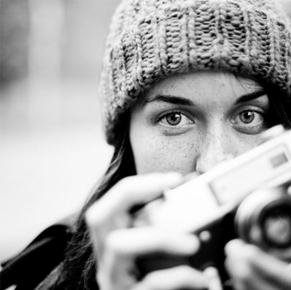 Some digestive disturbance has long been associated with rosacea – be it H. pylori or small intestinal bacterial overgrowth (SIBO). Some research been conducted whereby breath testing confirmed the presence of SIBO, and after treatment, rosacea was more often than not eradicated.

The first study
Sixty healthy controls and 113 rosacea patients were enrolled in a study. Both groups were breath tested to establish SIBO, and those who tested positive were randomised to receive rifaximin therapy or placebo. (Dose 1,200mg/day for 10 days).

The results indicated that SIBO was more frequently found in rosacea patients than the control group, and after the SIBO was eradicated, the rosacea lesions cleared in 20 of 28 cases, and greatly improved in 6 of 28 patients. Patients given the placebo remained unchanged or worsened.

Once these results came in, all placebo patients were put on the rifaximin therapy, and SIBO was eradicated in 17 of 20 cases, and out of those 17, 15 had a complete resolution of rosacea. The eradication of the rosacea through this process lasted at least nine months. In a follow-up study three years later, just over five per cent of the SIBO patients still had SIBO.

So how does SIBO cause rosacea?
It is postulated that SIBO may trigger rosacea by increasing the amount of cytokines, a type of protein that tells other cells what to do. In this case, cytokines tell the body to become inflamed, in certain areas.

The second study
Another study that watches people over time (without any intervention) was seeking a relationship between cases of rosacea connected to either the mite (Demodex folliculorum), Helicobacter pylori or SIBO. Sixty patients with rosacea and 40 healthy controls took part in the study, with all getting skin biopsies to test for mites, and the relevant breath tests for H. pylori and SIBO. Treatment was commenced for the relevant diagnoses.

At six months follow-up: Sixty-one per cent of patients with rosacea were in remission.
At three-year mark: At three years, most patients were still in remission and had no signs of rosacea.

Your rosacea can be treated.
We can help.
Contact us